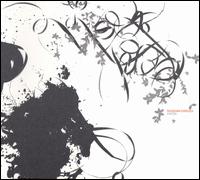 That was this reviewer’s audible response a few seconds after dropping the needle (so to speak) on Russian Circles’ debut disc. And by a minute or so into “Carpe,” the dread was still at hand: would some screamo/emo/metal singer soon kick in with his tales of angst and woe?

After two minutes, a curious thing happened. Melodies emerged from the slow-building track. And the voices were thankfully, mercifully absent. Aha! Enter is an instrumental album; Russian Circles an instrumental trio! (Note that at the time I received this disc, the magazine for which I reviewed it assigned CD reviews at random; if I so choose, I can often listen to an album “cold,” with no prior knowledge/expectations of the music therein. This adds to the adventure).

Imagine a group influenced by Godspeed You Black Emperor! and King Crimson. Now, add an affinity (and healthy respect) for melody. Then take away a large helping of pretense. And strip away the odd-for-odd’s-sake tricky time signatures. What you’re left with is a pretty good approximation of Russian Circles.

Four of the six songs run about eight minutes or more; the other two aren’t pop ditties either. And while Enter makes little attempt at lofty concepts (it is instrumental, after all), the tracks tumble into one another in a way that makes them effective as a whole. The songs all make deft use of dynamics without falling into the art-rock clichés of loud/soft, fast/slow, etc. Each track is cerebral, delicate and muscular all at once. Not exactly dinner music, Enter is as tuneful as power-trio-based post-rock is likely to get. Recommended.