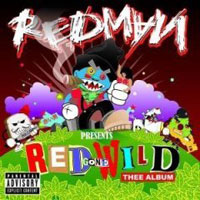 This is such a quintessential gangsta rap that it veers close to self-parody. Redman’s new album, Red Gone Wild, is fairly bland. This 23 track album has about five tracks worth of substance. The beats are unoriginal, the lyrics are meaningless, and if you start waiting for the interesting part of a song, you might never stop waiting. If you were to take the time to remove the words “east side,” “airforces,” and (especially) “nigga,” you’d easily divide the run time of the album in half.

Spelling words wrong on purpose makes one look like an idiot. Imagine you’re fourteen years old, just spent hours browsing Urban Dictionary, and had never read anything else in your life. This is the mindset somebody was in when they named each track (i.e. “Sumtn 4 Errybody,” “Bak Inda Buildin,” and “Whatchoogonnado”).

Still, Red Gone Wild isn’t completely repulsive. In fact, after a few times through the album, I was adding some of the songs to my iPod. Snoop Dogg is featured on “Merry Jane,” one of the better songs on the album. In “Whatchoogonnado,” the most impressive thing about the song is the voice of the featured artist, Melanie Rutherford. This, however, is not to discredit Redman, who has been going strong since his first release in 1992. When he decides to be clever, he obviously knows what he is doing. The songs that stand out on the release (“Put It Down” and “Sumtn 4 Errybody”) lend themselves to club dancing. The more times you listen to it, the more it will catch you. This CD may deserve no special merit, but fits comfortably into its genre.