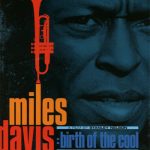 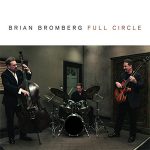 And now for some jazz reviews. Brian Bromberg – Full Circle Bromberg has recorded at least 12 albums prior to Full Circle. The disc opens with a rare archival recording made some 65 years ago; it features his drummer father with a trumpeter and trombonist. Bromberg has added his bass to the recording; it’s delightful.
Read More
I’m not complaining; it’s a good problem to have. But even after culling the ones I don’t like (and skipping the ones that impress me only mildly), I still end up with a massive pile of albums for review. And when said pile gets out of hand, I do a string of 100-word reviews. I’m
Read More
This set of five 100-word reviews focuses on new music, some of which is from familiar names; others might be new to you. All are worthwhile and enthusiastically recommended. Murali Coryell – Restless Mind This son of legendary fusion guitarist Larry Coryell is charting a musical path quite different from his dad: he plays tasty
Read More