Continued from Part Two … You’ve said – only half joking, I’d guess — that the main goal of the San Francisco Radical Lab was attracting women. Well, it wasn’t […]
Read More

Continued from Part One … The Moog Model III didn’t come with a manual. How much was it hit-or-miss to develop the sounds that you wanted? Well, I pretty much […]
Read More

In the late 1960s, Doug McKechnie and his roommate launched the San Francisco Radical Lab, an experimental endeavor launched (in part, as you’ll read) to explore the capabilities of the […]
Read More

In the late ’60s, the Moog modular synthesizer was still very much an experimental tool. While there had been some ambitious attempts to use the Moog as the centerpiece of […]
Read More 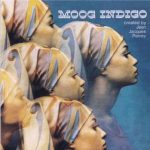 Perhaps Jean Jacques Perrey shouldn’t be thought of in the same context as Jean-Michel Jarre, Hans-Joachim Roedelius and other early pioneers of the synthesizer-as-musical-instrument. His work wasn’t as edgy and […]
Read More 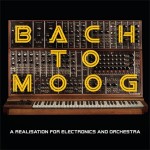 During a press conference held amidst the April 2014 Moogfest – the last time that festival would be held in Asheville, NC, home of Moog Music and the adopted hometown […]
Read More
The original idea for Moogfest came about while Dr. R.A. Moog (“Bob” to everyone who knew him and many who didn’t) was still among the living. Originally a smallish New […]
Read More