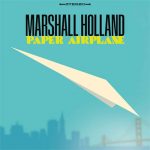 File next to: Sloan, Matthew Sweet Based in the redwoods of Northern California, Allen Clapp‘s Mystery Lawn Music has in recent years become a trademark of pop music quality. Originally formed as a vehicle to self-release 20/20 – perhaps the best album by his group the Orange Peels – Clapp’s label has become a collective
Read More
The name of this act – Marshall Holland and the Etceteras is a rock-pop red herring: every sound you’ll hear on this delightful record was produced by Holland himself. The tunes are often gentle excursions with crystalline production, pop melodies that fold in subtle elements such as accordion and acoustic guitar. Holland often overdubs his
Read More