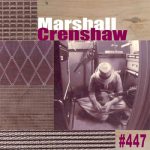 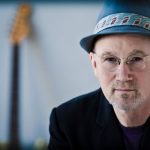 Marshall Crenshaw burst onto the national music scene in 1982 with his self-titled debut album and its irresistible single, “Someday, Someway.” Though both the album and single charted, Crenshaw’s brand of melodic, classic pop would never again experience sales figures comparable to those releases. But the quality of his subsequent work speaks for itself: across
Read More
For better or worse (actually, for better and worse) things used to be different: recording artists focused on their music, and the record company – or at least artist management – tended to business matters. Today that paradigm rarely exists: the artist is expected – no, s/he is all but required – to give time
Read More
Five new releases are the focus of this clutch of hundred-word reviews. Analog Son – Analog Son The name might conjure mental visions of a synthesizer outfit, but the sounds that this duo-plus-friends (guitarist Jordan Linit and Josh Fairman on bass) produces is some fresh and uptempo funk. Seven of the ten tracks are instrumentals
Read More
By now, most have either been hipped to the songwriting genius of Marshall Crenshaw, or they haven’t and sadly probably never will. With Crenshaw’s releases stretching all the way back to the early 1980s, you’re guaranteed heartfelt songwriting, ear-candy melodies and crystalline, no-bullshit production values. All that’s in evidence on this, the third in his
Read More
Here’s another installment in my occasional series of capsule reviews; this time ’round I’m focusing on vinyl releases. My self-imposed limit for this particular exercise is 100 words on each album. Hoff Ensemble – Quiet Winter Night It’s subtitled “An acoustic jazz project,” so don’t look for any Fender Rhodes or vibraphone. In fact, to
Read More
Continued from Part One… Bill Kopp: I interviewed John Murphy of Shoes recently about their new Ignition album. When we got to talking about the band’s future plans, he suggested they might go a route similar to what you’re doing. Rather than making fans wait two years or something for a new collection of songs,
Read More
Marshall Crenshaw has enjoyed – sometimes endured – a long and varied career. And while said career has been consistently lauded by critics, commercial success has sometimes proven more elusive. Add to the mix that Crenshaw isn’t the most cravenly commercially-oriented of artists (thank goodness!). But temper that with the fact that he consistently writes
Read More
Marshall Crenshaw is one of rock music’s most underappreciated artists. After a string of critically-acclaimed albums (beginning with his self-titled 1982 debut, right through 2003’s What’s in the Bag?), and a good bit of work in other media (books, films and more) in 2007 he was between record deals. But that didn’t slow him down.
Read More