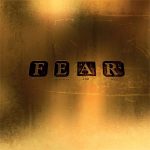 Continued from Part One… And while for many, the whole idea of progressive rock means (somewhat paradoxically) looking back, Marillion has long been on the forward edge of one of music’s important modern-day developments: connecting with fans via the internet. Marillion was among the first musical acts to realize the power of developing contact lists
Read More 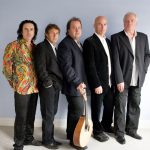 The heyday of progressive rock was the period 1971 to 1976; while suggestions that punk “killed” the genre are wishful thinking on the part of prog’s detractors, it’s true that the genre fell somewhat out of fashion as the 1970s played out. But prog never really went away; it simply mutated, developed and combined with
Read More

File next to: Pink Floyd, Blackfield On their 18th studio album – and 14th with frontman Steve Hogarth – UK progressive rock outfit Marillion returns with its first new release since 2012’s Sounds That Can’t Be Made. The 17 tracks that make up the album are clearly designed to be taken as a whole; more
Read More