Musoscribe isn’t strictly a music features, interviews and reviews blogzine; because I am constantly reading at least one book – and because as often as not, it’s a music-related book – I review several books each year. 2014 has been no exception (and there are three more on my desk right now for future review).
Read More
People like sensational stories. It’s an unfortunate fact, because the public’s focus on the superficial and lurid often obscures a deeper, nuanced story beneath. Barry Cleveland is not one of those people who is satisfied – or even interested – in the shallow, sensational stuff. Thank goodness for that, because his book Joe Meek’s Bold
Read More 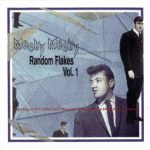 Much has been written about Joe Meek. His production technique might be labeled savant-garde: doing everything “wrong” he sometimes — often, in fact — got it right. Now recognized as a vanguard of the independent producer movement, Meek’s work in the pre-Beatlemania era was nothing short of joyously exploratory. Freed from (or just plain ignoring)
Read More