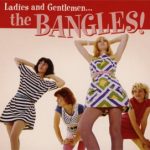 Five more quick reviews, presented in random order. The Bangles – Ladies and Gentlemen … the Bangles! This Los Angeles group never got the serious recognition they deserved. Chalk it up to the marketing approach of the time, but the focus was more on their undeniable good looks than their top-notch playing and writing skills.
Read More
This time ’round in my capsule reviews, I take quick looks at five new reissues from Concord’s Original Jazz Classics series. All five were originally issued on Norman Granz’ Pablo label, and all but one date from the 1970s, not generally considered a prime period in the evolution of jazz. None of these releases has
Read More
If your tastes include the work of Duke Ellington – one of the most important composers and bandleaders of the 20th century – then you might want to check this one out. While Ellington’s catalog is staggeringly extensive, almost all of it is worthwhile. In fact, when The MusicHound Guide to Jazz attempts to list
Read More
Duke Ellington is one of the most important figures in American music, let alone within the jazz idiom. Bandleader, arranger, pianist, composer, popularizer of jazz…Ellington’s influence is incalculable. His vast catalog of work is filled with essential gems. My own first conscious/intentional exposure to his work was via a used vinyl copy of Ellington at
Read More