Previously-Unheard 1969 Live Tapes from Jazz Flautist and his Band Nominally a jazz musician, flautist Herbie Mann (1930-2003) enjoyed crossover appeal and success that brought his music to a much […]
Read More
In 1948, on a Sunday evening in August, a new radio series premiered. Featuring beloved and renowned folk singer Huddie Ledbetter (aka Lead Belly), The Story of Folklore presented the […]
Read More
Musoscribe isn’t strictly a music features, interviews and reviews blogzine; because I am constantly reading at least one book – and because as often as not, it’s a music-related book […]
Read More 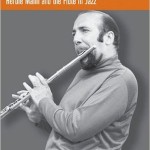 Lately I’ve been mulling the age-old question: what makes a bandwagon-jumper? Pop music’s history is filled with examples of bands and solo artists who have adopted stylistic u-turns in a […]
Read More