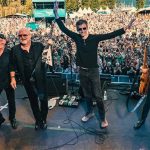 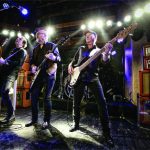 In the early 1970s, British rock band Wishbone Ash helped usher in the era of twin-lead-guitar groups, a powerful and effective approach that influenced many of rock’s most beloved bands, from Thin Lizzy to Boston to Iron Maiden and beyond. Led by guitarist, singer and songwriter Andy Powell, Wishbone Ash landed ten albums on the
Read More