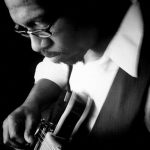 Laughing Hearts is the third album from Amandla, the personal music project of Asheville-based Claude Coleman, Jr. Though the album was quietly released in digital form a year ago, Coleman is now overseeing a vinyl release of Laughing Hearts, and scheduling select live dates to celebrate its release. Even though he’s best known as the
Read More 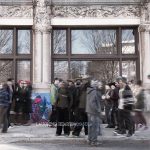 Amandla is a studio creation of Claude Coleman Jr., an Asheville multi-instrumentalist best known as the drummer for Ween. But unlike the decidedly acquired-taste music made by Ween, Amandla makes pure ear candy. Released February 14, Laughing Hearts (Marshall Hotel Records) is the third album using the Amandla name. There’s a kinetic undercurrent to many
Read More