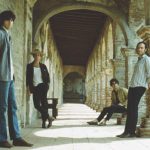 The Allah-Las make original music that evokes the shimmering, melodic end of mid-to-late 1960s psychedelic scene. But because the members of the Los Angeles-based group write and perform their own material, they shy away from the “60s revival” tag. Still, there’s no denying that they honed their songwriting craft by absorbing the influences of that
Read More 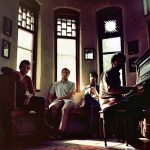 The Allah-Las‘ sound has clear antecedents in the garage and psychedelic rock scenes of the mid 1960s. But the band is careful not to make too much of that connection. “I think there’s a certain shared musical consciousness,” says bassist Spencer Dunham. “But the 60s were a very different time period. I wouldn’t say that
Read More
I started attending arena-scale rock concerts back in the late 1970s. My first show was in October 1978, seeing Electric Light Orchestra with their hamburger bun/spaceship setup at Atlanta’s Omni. (In the words of Rob Reiner‘s Marty DiBergi character in This is Spinal Tap, “Don’t look for it; it’s not there anymore.) One of the
Read More