Readers of a certain age will remember an early Saturday Night Live faux commercial for a product called Shimmer. It was, we were told, both a floor wax and a dessert topping. Silly and a bit bizarre, no? Well, I would posit that Agony Aunts‘ latest album Big Cinnamon offers up a dichotomy that is
Read More
Some pop auteurs are almost too clever for their own good. There are those rare students of the pop form who seem to completely understand it on a molecular level. Some of them are music critics (ha!) and a smaller number actually practice the form. Even more rarely, a bunch of these pointy-headed lovers of
Read More 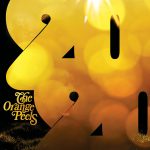 File next to: Sloan, Matthew Sweet Based in the redwoods of Northern California, Allen Clapp‘s Mystery Lawn Music has in recent years become a trademark of pop music quality. Originally formed as a vehicle to self-release 20/20 – perhaps the best album by his group the Orange Peels – Clapp’s label has become a collective
Read More
It’s a source of some mild amusement that when I Google “corner laughers,” the right-hand side of the resulting screen lists a number of the Bay Area group’s songs as dating from 1971. I’m pretty certain that at least two of the group’s number – bassist Khoi Huynh and his spouse, vocalist/ukulele player Karla Kane
Read More
Continued from Part Two… The album that would become Inner Sunset was announced in 2013, but the project’s gestation was a lengthy process, especially when compared to the quick, DIY measure employed by most other artists on the Mystery Lawn label. “Several factors contributed to the album taking so long to come out,” John Moremen
Read More
With the impossibly winsome vocals of Karla Kane out front, The Corner Laughers‘ pop style is a tasty recipe indeed. Their 2012 release Poppy Seeds continues in their grand tradition. While the opening voice-and-ukulele of “Grasshopper Clock” suggests – if for a moment – a lighter-than-air confection, the clever melody unfolds gradually, revealing a quality
Read More