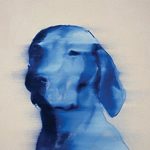 File next to: Jellyfish, Wings After spending his time on production duties for obscure-yet-revered artists like Emitt Rhodes and Linda Perhacs, Chris Price has finally refocused his attention on his own music. Stop Talking is a fully realized album that – like the often mercurial artists he shepherds through the studio experience – is rightly
Read More 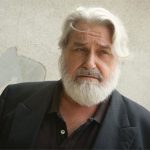 In the 1939 film The Wizard of Oz, the “great and powerful” title character is revealed to be a mere mortal. And while for some viewers the takeaway of that revelation is that he’s a fraud, another point of view holds that he – like all of us in a way, really – is just
Read More
They’re not afraid to list their influences: Todd Rundgren, Jellyfish, Yes, King Crimson. Put another way, the members of Miami, Florida-based Dreaming in Stereo dig precisely-crafted yet challenging music. They like ear candy that hold up to careful listening. Better yet, they craft music that aims for – and largely meets – those lofty standards.
Read More