Though he had certainly been massively popular before, in the middle 1950s jazz trumpeter and vocalist Louis Armstrong was near the top of his game. In 1947 he broke up his big band and formed a new group, the All Stars made up primarily of former leaders of other bands. Louis Armstrong and His All
Read More 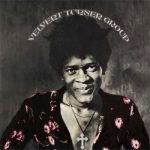 Jimi Hendrix’s influence on music is incalculable. He affected the course of music not only as a fiery, innovative guitarist but also in his groundbreaking use of the recording studio-as-instrument. But for all of his influence – he was really only in the spotlight for a few years – most of the impression he made
Read More