The Cowsills story is as much the story of a family as it is of a pop group. The two are inextricably entwined. And both are marked by soaring highs and crushing lows, triumphs and tragedies. The joy and innocence of the Cowsills’ music stands in sharp contrast to the painful, dark undercurrents that were an inescapable part of the mix. But ultimately, the Cowsills story is a positive and hopeful one: the story of a family that sticks together. And 57 years after their recorded debut, the Cowsills are making some of the best music of their lives. Their first new album in 30 years, Rhythm of the World was released on September 30. Ahead of the album release, I spoke to Bob, Paul and Susan Cowsill about the rain, the park, the ups, the downs, the music and other things. The following is a substantially longer version of my feature published in Record Collector Magazine – bk 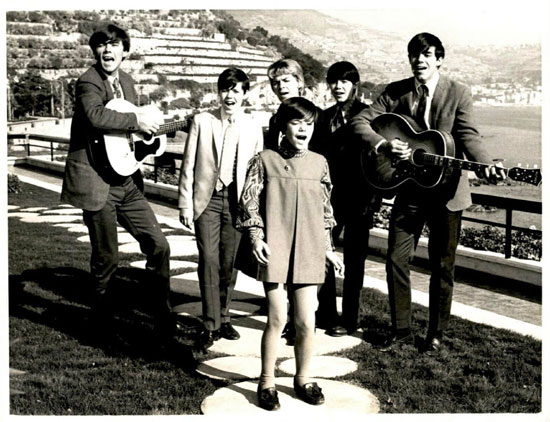 The Cowsills’ time at the top of the pop world was dazzling and brief. The “family band” featuring siblings Bill, Bob, Barry, John, Paul and Susan plus “mini mom” Barbara scored four Top 40 singles in the U.S., including their million-selling debut, “The Rain, The Park and Other Things”. And their time in the spotlight made the group a prominent fixture of pop culture. They appeared on The Ed Sullivan Show and countless other television variety programs of the day, toured the world and served as the real-life inspiration for The Partridge Family. But unlike that TV group, The Cowsills were a real band. They wrote songs, sang in glorious harmony, and played their own instruments both live onstage and in the studio. They even produced their own recording sessions.

It all seemed a recipe for long-term success. But in a very real sense, the rot set in almost from the very start. For better and (mostly) worse, the Cowsills’ career trajectory was tightly controlled by the patriarch of the family, William “Bud” Cowsill. 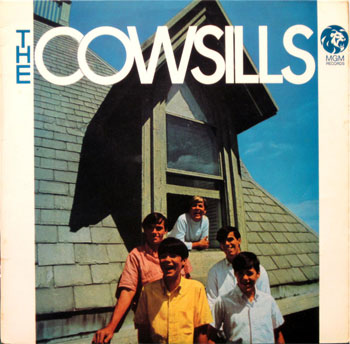 While the family was still living in Canton, Ohio, Bill and Bob taught themselves how to play guitar. They quickly discovered that their innate musical abilities included perfect vocal harmony. “From Mom, we got the ability, the DNA strands to sing a melody,” Bob says. “We’re sure of that. From Dad, we got… other things.”

Bob Cowsill notes that he and Bill started making music when they were mere seven- and eight-year olds. Then he adds with a laugh, “We were going to work about ten years before anything would happen.” But he says that around “year eight,” Bud Cowsill started to notice.

Bud had no musical skills of his own. “He knew music,” says Susan, “but he could not do music.” A born hustler, Bud nonetheless saw an opportunity in his sons’ musical skills. So he encouraged them to put together a group. They needed look no further than their own household: brother Barry quickly became proficient on drums. And when younger brother John learned to play drums, Barry shifted to bass guitar.

Bill and Bob had already been performing locally as a duo, but once they had established their family foursome, the Cowsills took on more of a rock aesthetic. The band proved its mettle playing faithful covers of the hits of the day. Once the family relocated to Newport, Rhode Island, the group scored a regular gig at the local marina, Bannister’s Wharf. Even though in 1965 its most senior member Bill was a mere 17 years old (Barry was 11), the foursome impressed local audiences with their tight musicianship and peerless vocals. “We brothers were quite good,” says Bob. “That was our claim to fame: we could [cover] The Beatles; we could do them all.”

In Newport, Bill established a lifelong friendship with Robert “Waddy” Wachtel. Bob says that Waddy’s band was the local Rolling Stones to the Cowsill brothers’ Beatles. Wachtel would go on to become a regular fixture of Cowsills recordings throughout their 1960s run. “Waddy is family,” Susan says today. “He’s a brother.”

And while playing at a local Newport club called Dorian’s, the group caught its first big break. “In the audience one night was a guy from the Today Show,” Bob recalls. “This was back in the days when Hugh Downs and Barbara Walters were the co-hosts.” The Cowsills were invited to travel to New York City and perform on the live broadcast. “No one knew who we were,” Bob admits. “But they gave us 20 minutes. We were singing crazy cover songs and just being young.” 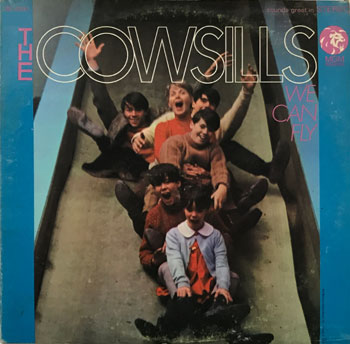 Little sister Susan wasn’t yet a group member – she was all of five or six at the time – but she has vivid memories of The Cowsills’ television debut. “We all went up for the day,” she says. “It was a big day. And Barbara Walters was very cranky.”

Through that Today Show appearance, The Cowsills came to the attention of singer Johnny Nash. New York-based Nash, who’d score a worldwide hit seven years later with “I Can See Clearly Now,” had recently launched an independent record label, JoDa, with business partner Danny Sims. Though the Black-owned label’s primary focus was soul music, they signed the Cowsills foursome and released a single. “Everyone on the label but us was Black,” Bob says. “We were kind of an experiment.”

Both sides of the record – “All I Really Wanta Be is Me” and the flip, “And the Next Day Too” – were original songs composed by brothers Bill and Bob. “That record was when we first heard ourselves on the radio,” Bob recalls. “Our local station in Providence, WPRO, put it up against another newcomer, and the kids voted.” The Cowsills’ debut single crushed the competition, which Bob hastens to mention was another artist debut, “The Sounds of Silence” by Simon & Garfunkel.

Though popular locally, the JoDa record didn’t sell in great numbers. “They dropped us after that bombed,” Bob says. But it was a start.