An Alleged Answer to Punk
If only because it was released in 1977, Pink Floyd’s Animals is often hailed as the group’s answer (or reaction) to the burgeoning punk rock scene. Though he doesn’t dismiss the notion out of hand, Mason isn’t so sure about all that.

He allows that there’s some validity to the idea, but suggests that any connection to punk wouldn’t have been deliberate on the part of Pink Floyd. “We probably would be affected by the punk issue,” he concedes, “even though we never discussed it.”

Mason admits that progressive rock – a movement of which his band is often considered a part – tended toward pretentiousness in the middle to late 1970s. “I think that Carl [Palmer, drummer for ELP] had a special Indian rug made that was full of spells,” he says with a laugh. “Everything had become more and more sort of pompous and extreme.” Mason adds that in light of rockers taking themselves too seriously, “hopefully [punk] did have some effect from that point of view.” 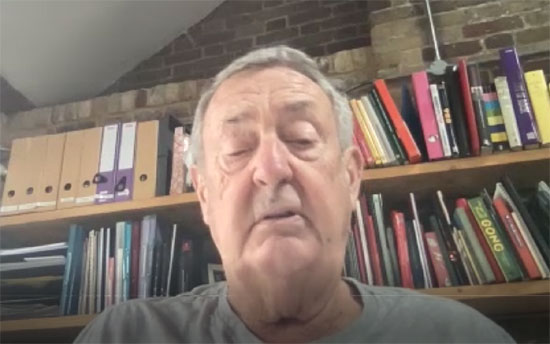 Producing the Damned
But there really is a connection between Pink Floyd circa 1977 and the punk scene. The Damned – early heroes of the punk movement – enlisted Mason to produce Music for Pleasure, their second LP. With a bemused chuckle, Pink Floyd’s drummer explains how that came about.

“I think what actually happened is they went to our music publisher and said what they wanted was Syd Barrett!” he recalls. Pink Floyd’s publisher responded to the request, essentially telling The Damned, “Well honestly, Syd isn’t in a state to do it; what about one of the other guys?” Mason says that since he had some experience producing other artists, he volunteered. “And I have to say: I really enjoyed working with them.”

Mason recalls that the punk group was dealing with some internal tension. “It was a real split between Captain [Sensible] and Rat [Scabies] and the others,” he recalls. “They were in the middle of having musical differences. So it was all a bit half-baked at the end of the day.”

But working with The Damned at Britannia Row, Mason came away from the experience with a new, punk-influenced attitude about how to make records. He was impressed with “the whole thing of making a record in about 10 days rather than 10 months.” Mason recounts a memorable exchange: “I will always remember me saying to the Captain after a take, ‘Yeah, well, that was good, but let’s run it again.’ He just went, ‘Why!? No!!’ And I had to say, ‘No, you’re right. It’s fine.’” 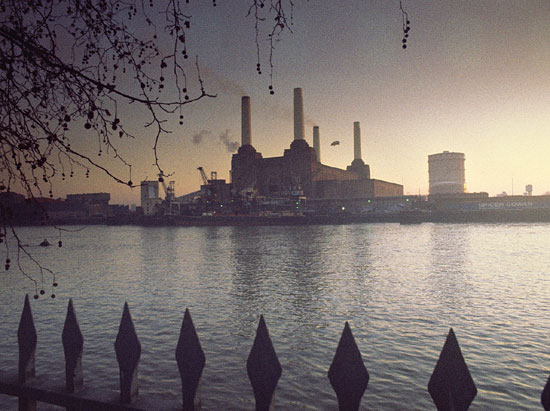 David Gilmour, Bassist
Among some hardcore Pink Floyd fans, there’s a persistent rumor that when it came time to record bass guitar parts in the studio, it was guitarist David Gilmour – not bassist Waters – who often laid down the distinctive bass lines onto magnetic tape. The jury’s still out on that one, and the ever-diplomatic Mason isn’t going to settle it for the fanatic fans.

“It’s not my recollection,” he says. “It may be true, but not that I remember, no. I don’t know where that [rumor] came from; it could be that Dave spent some time working out the parts and then Roger played it, or Roger worked out the parts and Dave played it.” Nick Mason sports a wry smile as he sums up his response to that provocative question. “I don’t remember. And if I did remember, I probably wouldn’t tell you.”