Steve Hillage continues a discussion of some of his favorite albums. 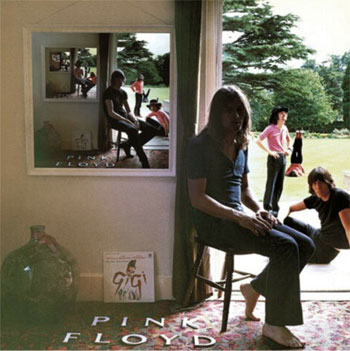 Pink Floyd – Ummagumma (1969)
I could’ve easily chosen Piper at the Gates of Dawn, because that is a classic Pink Floyd album, and I’d like to add that I really love what Nick Mason’s doing now with his Saucerful of Secrets.

I saw Pink Floyd about four or five times. I saw several with Syd [Barrett], including a very early show in early ’67. That, and seeing Jimi Hendrix around that time: those are the two shows I point out that really influenced me musically massively. You had bands that were making an extraordinary psychedelic sound and racket, but there was also this feeling of a kind of cosmic wind passing through the music, and I found that very inspiring. Obviously Hendrix and Syd were very different, but they both had a sort of magical presence, and that really cut through to me.

When the Syd lineup started to fragment, there were still periods where they had Syd playing, and he was getting more and more unable to cope. Dave and I went and saw the first show where Syd just wasn’t there, and it was just Dave [Gilmour]. It was actually dreadful! We thought, “Oh god, how are they going to recover from this? It’s just nothing! It’s zero without Syd.” And I think a lot of people felt like that. What was absolutely amazing is how they picked it up and went into and did the soundtrack for More, and they went beyond; they went to something different. It was amazing what they did.

One of the things I really like about Ummagumma is that picture of all their equipment with the road crew, and I thought, “Wow! Those guys really pulled it together.” That era of Pink Floyd was also the time when I was at university. I must confess I was taking a lot of acid at the time, and I found with my acid-taking friends, Ummagumma was one with us all. It became a firm favorite for the trippers, and so it has a real place in my heart.

And don’t forget: Nick Mason produced my Green album, so I actually worked with him in the studio, and we developed a good working relationship. I consider him a friend; he’s a great guy. 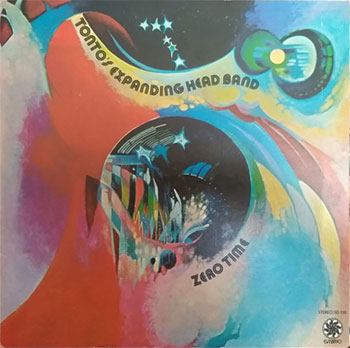 Tonto’s Expanding Head Band – Zero Time (1971)
That was Bob Margouleff and Malcolm Cecil. I read about it, and then I got a hold of it, and I just loved it, particularly the song with the Vocoder, “Riversong.” That is really deep into my heart. We sometimes use it in chill-out DJ sets. It was like electronic music with a psychedelic edge to it. This wasn’t Walter Carlos; this was going somewhere else. Then, they became famous through their work with Stevie Wonder.

Fast forward a few years later, I ended up being much more into funk music, and I met Malcolm Cecil, by hook or by crook, he became my producer for the Motivation Radio album. And that was all initially triggered by that album and with that particular “Riversong” track. We did it in Malcolm’s studio with the whole TONTO [modular synthesizer]. It was mostly Moog [components], but it was also Buchla and Serge; a bit of everything. And he was constantly tinkering with it and adding new bits and taking bits out. It was a real, living, breathing being. It was wonderful! 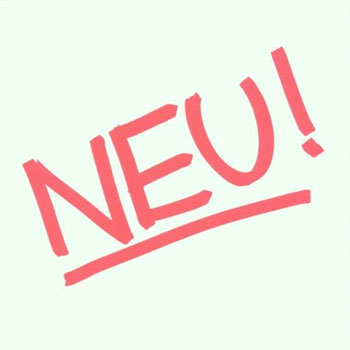 Neu! – Neu! (1972)
Neu! is one of those “What the fuck’s that?” records. I remember very clearly, I’d just joined Gong. We were just at the beginning period of my time in Gong when we’re doing a lot of work without Daevid Allen actually being there – it was this period we called para-Gong – and I’d heard a lot of German psychedelic stuff stuff like Amon Düül, early Can, early Kraftwerk. And I felt we were traveling along a similar road to those guys.

We were doing a gig in a town in eastern France called Colmar, and the DJ who came on before us played this track. I didn’t know what it was, and I thought, “That’s amazing!” I ran to the DJ and asked, “What’s that?” He told me what it was, I got it, and it’s remained to this day something I absolutely love.

And I’ve become friends with Michael Rother. He’s wonderful, brilliant, psychedelic guitarist. Also, later on when I stopped doing my own music for awhile and concentrated on record production, when I was working with Simple Minds, they were really big fans of German psychedelic music. And one of the things that gave me a lot of kudos from them was the fact that I knew some of these guys. So we used to play a lot of Michael Rother solo albums in the studio for inspiration.

That Neu! sound has a massive influence on a lot of Bowie’s tracks. And U2’s big hit “Beautiful Day,” that’s just straight motorik! 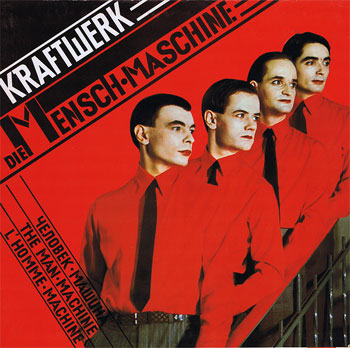 Kraftwerk – The Man-Machine (1978)
That was another “What the fuck is this?” moment for me. We liked Autobahn, we liked Radio-Activity. But, the thing about The Man-Machine was it was just a little later.

In 1978 we were doing a tour to go with our Green album, and we decided to play smaller venues, because it was getting all a bit big. We wanted to reconnect a bit with our fans as bands often like to do.

We were in this club in Plymouth in the west of England, and before our set, there was a DJ playing music quite loud on the sound system. He seemed to have gotten a hold of a pre-release copy of The Man-Machine, and he stuck on some tracks like “The Robots” and “Spacelab.” All these young kids were dancing to it, and I’d never seen anything like that before! German psychedelic music was a big thing in the UK, but it was very much a thing where you sort of sat cross-legged and smoked a big fat conical joint. It was “stoner music” as they quite say these days. But there were these kids dancing, and some of them were making strange robotic movements. The beats and bass notes coming out of the speakers were like sonic eggs moving. And there was this disembodied sound: you couldn’t imagine there were people making the sound. All the kids were dancing to it and really enjoying it

I went to the dressing room, and said to my partner Miquette, “They’re dancing to Kraftwerk!” We thought, “’Electronic dance music: this is going to be fucking enormous!” So in April ‘78 we had this eureka future vision. And it was a key moment in propelling us into what we eventually did with System 7, although this was 11-12 years before we actually did it.

And I still play The Man-Machine! It’s the most amazingly produced record. It’s brilliant.