Joe Satriani: Telling Stories With and Without Words (Part 2 of 2)

Sometimes the timeline exceeds two years. Satriani mentions “Through a Mother’s Day Darkly,” a breathtaking highlight of The Elephants of Mars. He wrote the song in 1999, while working on what would become Engines of Creation, his eighth studio album. But the unfinished, keyboard-based track didn’t make it onto that record.

“I kept trying to bring it into every album,” Satriani says. “But it was always either too dark or moody or cinematic. There was something about it that never worked with each album’s theme.” Yet as he began work on his last record, Satriani returned to the 20-plus year old basic track. “It was kind of an open-ended session file,” he says. So he cued up the track in ProTools [digital recording application], picked up a guitar and improvised over it.

But Satriani and his producer Eric Carieux agreed that the recording still wasn’t complete; it needed something else. They reached out to the guitarist’s songwriting partner Ned Everett and asked him to record a spoken-word voiceover, using dialogue from Satriani’s Crystal Planet comic book series. That element added just the right amount of drama, and a bit of humor as well. “Suddenly it all came together,” he says. He describes the result as “a soundtrack to an imaginary film.” 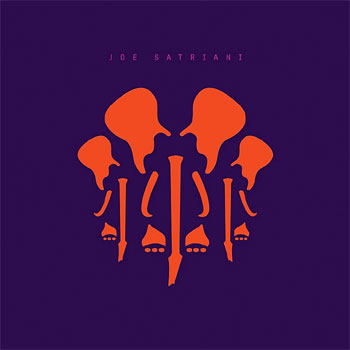 There’s certainly a filmic quality to Joe Satriani’s music. In fact his songs have often been used in movies, television commercials and other visual media. Satriani is generally quite pleased when his music is chosen for those kinds of applications. He admits that he was “pretty shocked that the Olympics would use a number of my songs to close out their television broadcast.” Director Cameron Crowe requested a Satriani tune for a kickboxing scene in his 1989 film Say Anything; the guitarist wrote “One Big Rush” to order.

Satriani also recalls an accidental success in the form of an early ‘90s Sony Walkman commercial. “We spent a lot of money on [music] videos – we had a really fun video for ‘Summer Song’ – and we just couldn’t get MTV to play them,” he explains. “So we got a call from Sony, and they said, ‘We’d like to use your song to do these radio and TV commercials to support a product called the Walkman.’” Satriani agreed, but with two important stipulations. “We said, ‘Well, yeah, but don’t talk over the music. And put a chyron at the end like it’s an MTV video.’”

Sony agreed, and the Walkman spot ran often on MTV, including during commercial breaks on the channel’s annual awards show. “We wound up being on the MTV Awards more than if we had been on the MTV Awards,” Satriani says with a hearty laugh. “Summer Song” went on to become the guitarist’s biggest international radio hit to that point.

That whole idea of instrumental music being open to interpretation does have its hazards, though. There are the rare occasions when music is repurposed in a way that doesn’t meet with the artist’s approval. And that happened to Joe Satriani in the early 1990s.

At the time, former Chilean dictator Augusto Pinochet remained as that country’s Commander in Chief. And without permission, his Air Force used Satriani’s “Always With You, Always With Me” in its recruiting ads. “My first thought was, ‘Why would they play that song? It’s a love song!’” Satriani says. “If they would’ve asked us, we would have said no: ‘We don’t do foreign military endorsements.’” 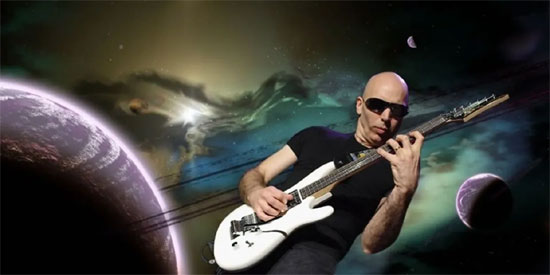 He believes the commercial would have confused his South American fans, but admits that there wasn’t a great deal he could do about it. “Artists really have very little control over their art,” Satriani says. “You just never know what people are doing around the corner with your song. So, at some point, you throw your hands up in the air and say, ‘Well, the only thing I can do is to put out my own message.’”

And Joe Satriani has been focused on doing just that. For example, his current track-by-track podcast series digs deep into the creation of The Elephants of Mars. And it’s the latest in such endeavors from the guitarist, a practice that extends back to the release of his 2006 album Super Colossal, if not earlier.

The Internet really helps,” he says. “I can connect and bond with the audience all over the world, which is great!” He believes that the Internet’s reach and immediacy make for an important tool to communicate and connect, not just for him and his audience, but for all artists. “From Bombay to Paris and New York to San Diego,” Satriani says, “you can instantly tell your story.”