Album Reviews: Four from Jonathan Richman and the Modern Lovers (Part 1 of 2) 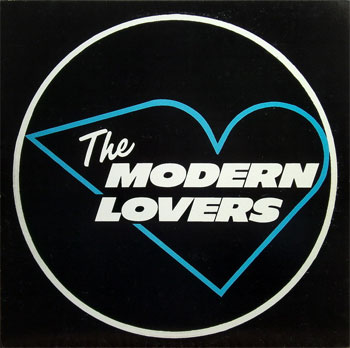 Certain artists seem to get a kind of free pass from critics. In the cases that come to mind, these artists created something really, really, really special and important, and then arguably never again came close to creating works that even approached the significance of their breakthrough. I’m as guilty as anyone of falling into this trap, and – if I’m being honest with myself and my readers – it helps explain my continued championing of Brian Wilson, Alex Chilton and a select few others. Yes, their later work was/is worthy of investigation. No, it isn’t Big Star’s 3rd or SMiLE, or even Bach’s Bottom or the soundtrack of I Just Wasn’t Made for These Times. It just ain’t, and perhaps it’s too much to expect otherwise.

But I trust you get my point here, even if you don’t completely agree. Past glories shouldn’t blind us to considering subsequent work on its own merits, not clouded in the intoxicating exhaust of something great they did a long time ago. Which leads me to a tidy stack of recent reissues by Jonathan Richman & the Modern Lovers.

Recorded in 1971 and 1972 (but not heard until ‘76), The Modern Lovers is an undisputed classic. It deserves mention up there with releases by, well, Brian Wilson and Alex Chilton. And the Velvet Underground, The Stooges, and other artists who were ahead of their time, and who suffered commercial failure while exerting incalculable influence. Jonathan Richman was but a mere teenage when he wrote and recorded “Roadrunner,” “She Cracked” and several other tunes.

The thing is, he would never again make music that explored that album’s particular creative landscape. By the time that The Modern Lovers received its belated release, he had long since moved on. To what, novitiates might ask. Well, to some truly winsome music that had little to do with the proto-whatever styles on that legendary debut. Still working with producer Matthew King Kaufman, he made some interesting records, but they’re…different. All — but not the great debut — have received reissue in 2022 from Omnivore Recordings. Here’s a look at each. 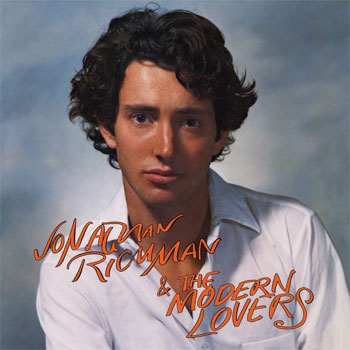 Jonathan Richman & the Modern Lovers (1976)
This one rocks, a little. Richman draws upon the influences of rockabilly and early rock, and sings in that inimitable voice of his. The playing Is top-notch, but the sense of childlike wonder that informs songs like “Hey There Little Insect” and “Here Come the Martian Martians” can induce a bit of uncomfortable squirming on the part of the listener. The cover of Chuck Berry’s “Back in the U.S.A.” is oddly understated, with a kind of skiffle vibe, and it hints at the future. It’s tough to know what exactly to make of a solo voice-and-acoustic reading of “Amazing Grace” that closes the record.

I cover three more in the next installment, right here.