Community perspective on community radio
Volunteer-driven and nonprofit, AshevilleFM was launched to offer a non-commercial, community-focused listening option for Asheville radio listeners. The station’s mission statement emphasizes its goal of “keep[ing] thriving by producing diverse and eclectic programming that inspires our listeners to build connections across our communities and to discover new music and ideas.”

AshevilleFM becan as an online station. And when then-president Barack Obama signed the Local Community Radio Act of 2010 into law, the station expanded its reach to the airwaves. Classified as a low-power station, WSFM-LP is powered by a mere 100 watts, giving it a limited broadcast area. But the station continues to webcast live in real-time at ashevillefm.org. In addition, many programs are archived online.

The freeform station broadcasts around the clock, with programs featuring most every genre of music, and a variety of news programming. A thriving part of the community radio movement, AshevilleFM provides an alternative to commercial, market-driven radio stations. And another thing that unites the diverse group who helped create Real People, Great Radio is their common belief in the importance of community radio. 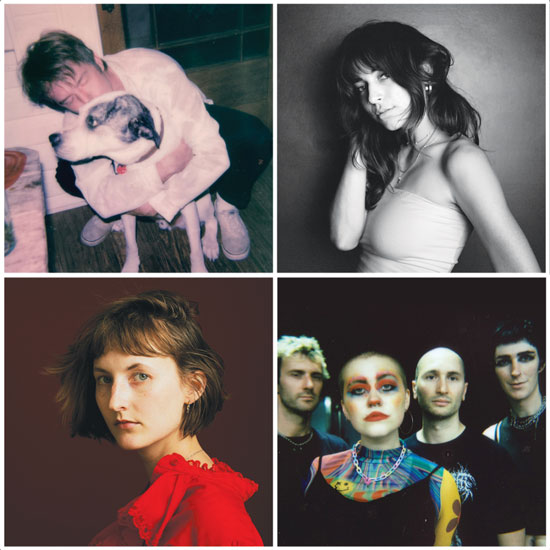 Community radio stations like AshevilleFM play a crucial role in giving voice to the local artists,” says Fleur Geurl’s McConaghy. “They enable individuals, groups, and communities to tell their own stories, and they keep those living in the community connected to their neighbors.”

Thom Nguyen says that community radio stations like AshevilleFM help build relationships with local community. And that’s “key to opening doors to what’s happening in the [music] scene.” He adds that AshevilleFM is “a solid anchor for news.”

Lewis Dahm of Walkhome observes that streaming platforms and user-targeted algorithms have the effect of “flattening out our interaction with music.” Noting that much of his favorite music has been discovered by accident – not served up by the predictive algorithms of Spotify and Pandora – he says that for him, AshevilleFM is a go-to for new sounds.

“As a listener, I’d rather just turn on a trusted station that I know will be playing weird music selected by nerds,” says Dahm. “It feels good to have no control over what I’m about to hear. And it feels even better when I know there’s someone who cares on the other end.”

Brett Kent of Powder Horns says that the commercial-free station reminds him of radio of years past, but with a contemporary spin. “I’m constantly discovering music, new and old, whenever I listen,” he says. AshevilleFM “creates a culture that revolves around music, which is what everyone needs,” he says. Kent adds that his partner, Devyn Marzuola, hosts “Too Dark for Disney,” a weekly program on the station. “Listening to her show was one of the reasons I fell in love with her,” he says.

Real People, live onstage… and more
Sponsored by AshevilleFM, this year’s Record Fair at Harrah’s Cherokee Center was slated to feature 30 vinyl record dealers for what the station’s general manager KP Whaley calls “an all-day record shopping experience.” All proceeds from admission to the September 10 event go to fund the continued operations of the community radio station.

And two of the artists featured on Real People, Great Radio were scheduled to perform live at the event. Fleur Girl played at 12:30 p.m., and Powder Horns performed at 1 p.m. Both sets includes the artists’ songs as featured on the AshevilleFM compilation album.

The new album is just the beginning. Real People, Great Radio was initially conceived as a 7” EP (extended play) record, but Asheville’s deep bench of local musical talent meant that a larger format made sense. Cartwright admits that his original idea was to feature four songs. “But when I talked to Adam at Drop of Sun, he said, ‘There are enough bands around town that want to record and don’t have a platform; we could easily make this a 10-song LP.’”

In fact, Cartwright is already contemplating future volumes in the series. “There’s a lot of diversity in this compilation,” he says. “But there’s a lot more diversity in Asheville, and I’d like to continue to reach in all different directions.”