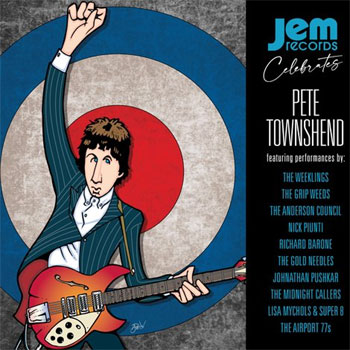 Too often, various-artists tribute albums are like celebrity roasts: it’s far less about the ostensible honoree, and for more about the roasters (or, in this case, “tributers”). And I’m on record stating my assertion that few tribute projects add much of value to the music. But there are exceptions, and they make the whole concept worthwhile, redeeming it in the process.

With those gauntlets neatly laid at your feet, dear reader, here’s a quick, list-style rundown of the fourteen songs on Jem Records Celebrates Pete Townshend.

(The hidden track is worth a chuckle.)

Verdict: better than most of its ilk. See ya later. I’m off to listen to Quadrophenia. The original version.