The dB’s in Black and White (Part Four) 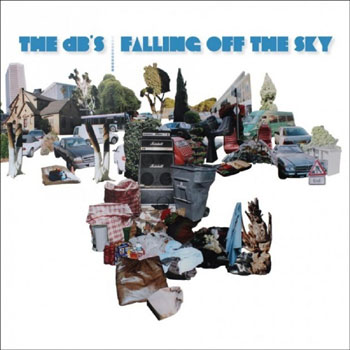 The other three dB’s are even more direct on the matter. “I hate power pop,” says Gene Holder. “The dB’s were more experimental [than that]. Chris’s songs, especially, were always pretty odd, which was really cool.” Will Rigby agrees, noting that in his estimation, The dB’s had “a little more intellectual heft than the average power pop band.” He thinks of the band as “melodic rock. I prefer to think of us in the same category as Tom Petty, but I don’t know; that might be an exaggeration.”

Peter Holsapple believes that The dB’s aesthetic was closer in some ways to that of R.E.M., nobody’s idea of a power pop group. “But I see them as having influences in the power pop realm in the same way that we did,” he allows. “Where are we on the continuum? That’s a really good question. I never thought that the music that Chris and I wrote was that far afield from the great stuff we heard on the radio growing up, and the stuff that The Pretenders and The Knack and The Only Ones were playing.”

The dB’s quietly ceased operations shortly after the release of The Sound of Music, with members going on to other pursuits. In subsequent years Holsapple was a member of another critically-acclaimed aggregation, The Continental Drifters. He toured an as auxiliary member of R.E.M. and for many years now has played with popular act Hootie and the Blowfish.

After the group ended, Gene Holder got more into production and engineering, working with Cowboy Mouth, Steve Wynn, Marshall Crenshaw and many others. The rare drummer who’s also a fine songwriter, Will Rigby has released several solo albums; the underrated composer’s talents are on brilliant display on the playfully-titled The Page Turner Diaries. 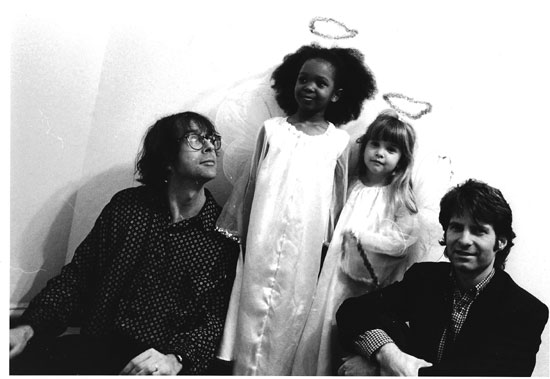 Everyone remained friends; there was never a dramatic falling out that led to Stamey’s departure or the indefinite hiatus post-The Sound of Music. In fact Holsapple and Stamey teamed up for a pair of albums. Though separated by 18 years, 1991’s Mavericks and Here and Now (from 2009) combine the dB’s songwriting prowess with an acoustic-leaning vibe more than a bit reminiscent of The Everly Brothers. And in 2020, outtakes from the Here and Now sessions yielded Our Back Pages, a homespun album of covers of dB’s and other songs in that same subtly countrified style. 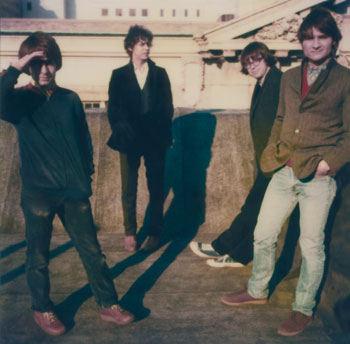 Holsapple’s latest album, 2018’s Game Day shows that his songwriting chops have not dulled; the same is true for his instrumental skills: he plays nearly all the instruments on the record.

Stamey has moved in an erudite direction, releasing albums featuring chamber instruments and other non-rock textures. His latest pair of releases, 2019’s New Songs for the 20th Century and A Brand-New Shade of Blue from 2020 find him making a credible bid for a composer of modern jazz vocal standards. But he still rocks now and then, and has been closely involved in the mounting of Big Star 3rd-themed musical endeavors.

After years without a dB’s record, the group – with all four members back in the fold – reunited, putting the finishing touches on recordings that they had been tinkering with for many years. The resulting album, 2012’s Falling Off the Sky showcased everything that made The dB’s great, adding layers of depth and maturity that those earlier records – fine as they are – didn’t have. “I don’t think we could have made that record in 1981,” Holsapple says. “I think that we would’ve been too skittish and jumpy and nervous, too busy being bad boyfriends.”

In support of the critically lauded Falling Off the Sky, the band played dates all over the U.S. including multiple performances at Austin’s annual SXSW Festival – before the four once again went their separate ways. They’re reunited in a sense to put together the new collection of previously unreleased material that forms I Thought You Wanted to Know; famed music journalist (and longtime friend of the band) Fred Mills was instrumental in sourcing rare live tapes for the project, and Stamey worked hard to bring those tapes up to release quality.

And today, while there are no plans to record or perform together again, everyone is leaving that door open. “We were friends before we were in a band,” Holsapple emphasizes. “We had a lot of fun going out on the road together. That, to me, is maybe what I miss most of all.”

A shorter version of this feature appeared previously in Record Collector.

Inspired by New York City-based Ork Records – the label that put out Television’s 1975 debut single “Little Johnny Jewel” – Chris Stamey launched an independent record label of his own. Founded in 1977 and lasting a short time, Car Records only released an EP and a small handful of singles, but all are significant in the world of indie rock and (whether one likes the term or not) power pop. 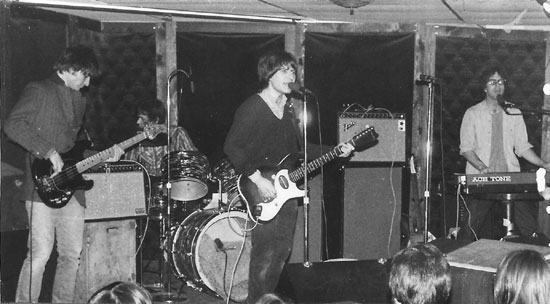 Peter Holsapple – “Big Black Truck” b/w “96 Second Blowout” and “Death Garage” – At the time of this single’s release, Holsapple hadn’t yet joined The dB’s’ the picture sleeve credits him as of the H-Bombs.” Quickly recorded and mixed in November, the recording also features pals Mitch Easter (drums) and Chris Stamey (backing vocals).

Chris Bell – “I Am the Cosmos” b/w “You And Your Sister” – Big Star figures significantly into the story of The dB’s. Peter Holsapple met Bell on a trip to Memphis, and Bell introduced him to Alex Chilton. This single would be Bell’s only post-Big Star music released during his lifetime. Bell died in an an auto accident in December 1978.

Chris Stamey and The dB’s – “(I Thought) You Wanted to Know” b/w “If and When” – Stamey initially formed The dB’s in 1978 with Will Rigby and Gene Holder as an ad-hoc group to play these songs. The A-side was written by Television guitarist Richard Lloyd, who provides the song’s signature dive-bomb guitar runs). The new – pre-Peter Holsapple – group is featured on the flip.

Sneakers – In the Red EP – Recorded in 1977, the nine-song Sneakers EP was the most commercial in a long succession of home recordings made by lifelong friends Chris Stamey and Mitch Easter. Guitarist Easter wasn’t officially a member of Sneakers when the basic tracks were cut, though he’s all over the final recordings. Will Rigby (later of The dB’s) was Sneakers’ drummer.

Chris Stamey – “Let it Be Me” b/w “That’s Why I Hate (The Replacements)” Nearly two decades after its initial run of singles, Chris Stamey briefly revived the Car Records imprint for this one-off release. The pair of songs was recorded in 1994 at the popular Cat’s Cradle nightclub in Chapel Hill, North Carolina. 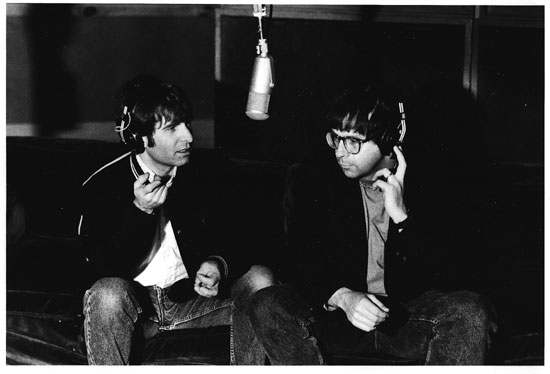