Music to Your Ears: Pink Floyd’s ‘Obscured by Clouds’ 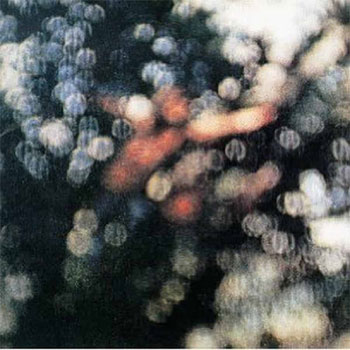 NOTE: This is a live, in-person event and it won’t be live streamed, so it’s primarily of interest to those in or near Asheville NC.)

Hosted by the Asheville Guitar Bar, a new discussion series provides deeper understanding and greater enjoyment of classic albums from rock, soul, blues and jazz. Led by Asheville author and music journalist Bill Kopp, Music to Your Ears is an interactive experience that shines a light on important music. Music to Your Ears is a 90-minute conversation, held at the Guitar Bar, a music magnet in Asheville’s historic River Arts District. The June 1 event focuses on Pink Floyd’s 1972 album Obscured by Clouds.

When Pink Floyd lost Syd Barrett in 1968, there was good reason to predict the band would collapse. Barrett was the group’s founder, leader, guitarist, lead vocalist and songwriter. He was essentially the face of Pink Floyd. His departure – the result of erratic behavior attributed to mental illness and extensive use of LSD – left the band without its creative center. In any other era, the band would have been dropped by its record company.

But with a new guitarist and a more democratic approach, all four members became more involved in the band’s development. Within five years of Barrett’s exit, Pink Floyd would create, record and release what is widely considered one of the greatest albums of the rock era, 1973’s The Dark Side of the Moon.

That landmark album didn’t simply appear out of nowhere. Pink Floyd’s eighth album, The Dark Side of the Moon was the culmination of a five-year creative journey, a time in which the group experimented with different sounds, concepts and song structures. That period is filled with rich (if not widely known) musical gems that provide a window into how the group went from creative crisis to musical masterpiece.

Concurrent with the development of The Dark Side of the Moon, Pink Floyd created another album’s worth of music. Released a mere nine months earlier, Obscured by Clouds is a little-heard album that showcases many of the same musical strengths as its better-known followup. June 2022 marks the 50th anniversary of this album, an important stepping stone on the path to The Dark Side of the Moon.

Join music journalist and historian Bill Kopp – author of Reinventing Pink Floyd: From Syd Barrett to The Dark Side of the Moon – for an evening of music and discussion as we take a deep dive into Pink Floyd’s Obscured by Clouds. With special guest Bill Altman (leader of Western North Carolina-based tribute band Floyd Philharmonic), we’ll explore Obscured by Clouds and gain an understanding of its place in musical history.

ABOUT THE DISCUSSION SERIES
Music to Your Ears is Bill Kopp’s new monthly discussion series hosted by Asheville Guitar Bar. On the first Wednesday of each month, music enthusiasts will gather to discuss an important album, artist or musical movement. An interactive evening, Music to Your Ears isn’t a lecture; it’s a discussion led by experts and designed to enrich the listening experience.