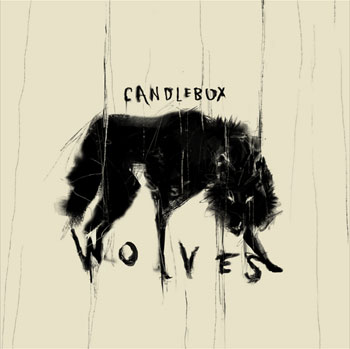 Winter 1993 represented a turning point for Candlebox. “We had already sold 250,000 records,” Martin recalls. “We came back to Seattle and sold out three nights at the Paramount.” With the creative winds at their backs – and three million copies of the debut sold – the band returned to the studio in 1995 to record a follow-up album. Released in October 1995, Lucy was a comparative commercial disappointment.

The album explored different styles than its predecessor, and fans of the early hit singles weren’t as impressed. “By going the direction we did,” Martin allows, “we alienated a lot of the people who loved us for ‘Far Behind.’” But success is relative: Lucy would eventually go Platinum. “It only sold a million records,” Martin says with a chuckle.

In the wake of the second album’s modest showing, Maverick did what record companies often do: they assigned a producer to work with the band, one with a proven track record of delivering hits. In this case it was Ron Nevison, best known for his work with both hard rockers (Michael Schenker, Ozzy Osbourne) and mainstream pop acts like Chicago. “We wanted Jeff Lynne or Roger Waters,” Martin says.

Martin acknowledges Nevison’s talents and skill, but in retrospect thinks his approach wasn’t right for Candlebox. “He had a history of taking rock bands and crossing them over into the pop world,” he says. “We were just not interested in that, so it was a bit of a battle.” The resulting album, Happy Pills, repeated a pattern, selling fewer copies than the record before it.

Maverick was going through changes at the top, and the members of Candlebox weren’t fans of the new management. “We broke up the band to get out of the contract,” Martin says. A key-man clause in the group’s contract meant that Martin was forced to remain with the label; he would produce demos under duress. “I was writing songs that I knew they wouldn’t accept,” he says with a laugh. In 2002 he finally gained his freedom from Maverick; the label ceased operations a few years thereafter.

By 2006, the Maverick catalog was owned by Warner Brothers Records. When that label decided to compile a Candlebox best-of, the band members were inspired to reunite. “We got in touch and said, ‘Let’s go back on the road and support The Best of Candlebox and maybe make a new record,’” Martin recalls. They did just that, and 2008’s Into the Sun represented a return to form, a new beginning for the group.

Martin ascribes some of that record’s creative success to the time the members spent away from the group. “We had become better songwriters and better friends, getting to know each other,” he says. The creative streak has continued unabated since then. As solid as Candlebox’s early releases are, Into the Sun and 2012’s Love Stories & Other Musings showcase a band that sounds more comfortable in its collective skin.

Disappearing in Airports would follow in 2016. Candlebox’s most recent – and quite possibly best-ever – album, Wolves, was released in September 2021. Working with producer Dean Dichoso, the band adopted a live-in-the-studio approach that effectively captures the power, energy and passion of the band. “It feels the aggression, it feels the sadness, it feels the tension,” Martin says, explaining that the group took its time to write and refine the songs before going into the studio.

Future plans call for more touring in support of Wolves, and then sessions for a follow-up record to commence in late ‘22. And next year will mark the 30th anniversary of Candlebox’s smash debut. “We’ll probably do something special for that,” Martin teases. “Making records is fun, but it’s really about getting out there and playing those songs.”

And with the 1990s receding into the distant past, whatever tenuous connections Candlebox might have had with the grunge movement are largely forgotten now: the band is measured on its own terms. And Martin says that opposed to groups that are built around one prominent member, his band has a different character. “I think people love us because of the whole,” he suggests. “They don’t know us as individuals. The majority of people know and love us because of the songs. That’s why we’re still here. And we still write some pretty great music.”