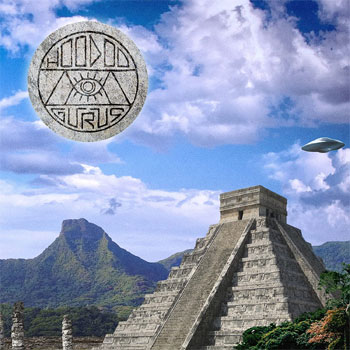 Right out of the gate, The Hoodoo Gurus showcased a high energy, passionate and good-humored approach to rock’n’roll. When they debuted in 1984 with the thrilling Stoneage Romeos, they were categorized as a kind of Down Under college rock band, kindred spirits of bands like the Smithereens and Replacements.

Guitarist, lead singer and songwriter Dave Faulkner always has a musical vision that went beyond fist-pumping rock. Alongside hooky rockers like “I Want You Back” and garage-leaning numbers like “Dig it Up” and “I Was a Kamikaze Pilot,” the Hoodoo Gurus offered more nuanced, supremely melodic rock ballads like “My Girl.” And they often brought a Byrds-like jangle that suggested a musical kinship with L.A.’s Paisley Underground.

The ‘80s were a creatively fertile period for the band; 1984’s Mars Needs Guitars and ‘87’s Blow Your Cool! (the latter with cover art inspired by jazz hero Jackie McLean’s Right Now!) were equally excellent and tuneful. And the band’s affinity for those L.A. sounds manifested itself with the involvement of some Bangles and members of Dream Syndicate. The first four Hoodoo Gurus albums all topped the college charts, and their fifth (1991’s Kinky) made it to #2.

The 1990s saw a slight yet perceptible drop-off in the immediacy of the band’s music, though the Hoodoo Gurus have never made a record that approached disappointment. But tastes changed (as they do) and suddenly – at least outside their native Australia, where they’ve remained consistently popular – the band’s style didn’t catch fire the way it had. A hiatus that began in 1998 ended in 2003, though prior to their latest, the group had released but two albums in the new century. Purity of Essence demonstrated that even in 2010 – sixteen years after their debut – Faulkner and his band could still deliver the goods.

But twelve years is a long time to wait for a followup. Happily, though, Chariot of the Gods proves itself worth the wait. Less eclectic than Purity of Essence (or for glass-half-full types, let’s say “more focused”), it’s nonetheless full of all of the ingredients that made those first three albums an essential part of one’s record collection.

Consistency is an underrated virtue (perhaps unless one overdoes it a la Oasis). And the fact that three members of the quartet – Faulkner, guitarist Brad Shepherd and bassist Richard Grossman – have been in the band since 1988 is a key to the band’s signature sound. (Drummer Nik Reith joined in 2015, so no newcomer is he.)

Faulkner’s voice doesn’t seem to have aged a day since he sang “(Let’s All) Turn On.” The powerful, soaring guitars are placed into a close, intimate mix/arrangement; the band swings for the fences but skillfully avoids the too-polished arena rock vibe that lessens the authenticity of others’ efforts. They rock hard and aggressively on tunes like “I Come from Your Future,” and they prove they can still turn out melodic rock of the first order with the ba-ba-ba-isms of “Equinox.”

One delicious outlier on the album is the wittily-titled “Got To Get You Out of My Life,” with a sound that mashes up Lou Reed, The Jazz Butcher and T. Rex, but still somehow manages to sound like Faulkner and his pals.

For anyone who cherishes those early albums, irresistibly singalong songs like “Carry On” will transport you right back to the musical part of the ‘80s that valued authentic and passionate rock of the uncluttered sort. And Chariot of the Gods can stand on your shelf proudly alongside those early LPs.