NOTE: I have a policy of not reviewing singles, but extra-special material warrants an occasional exception to be made. – bk 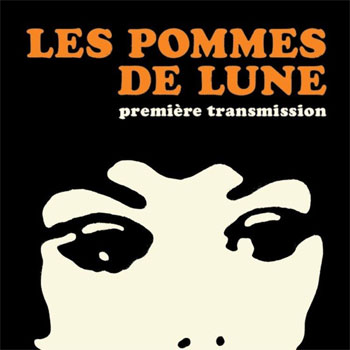 Francophone pop music of the sixties took the form of a somewhat insular scene. Owing to France’s emphasis on French-language popular culture, music and other artistic/creative forms from outside the country didn’t exert the kind of influence they had elsewhere. Germany, for example, had a vibrant rock scene in those days, and when The Beatles toured there, they did so to enthusiastic crowds. When they played Paris, they received a decidedly more low-key reception.

To be fair, France had plenty of homegrown talent. Johnny Hallyday was a kind of French Elvis, and Jacques Dutronc, Serge Gainsbourg and (especially) Françoise Hardy all created music of lasting value. And while the outside influences didn’t bear heavily upon those French artists, things did work somewhat in the reverse direction. Half a century later, those reverberations can still be felt and heard, especially if one knows where to look.

And one place to look right now is Montréal, Québec, home to a group calling itself Les Pommes de Lune (that translates as “Moon Apples”). The group presumably takes its name from a song by Évariste; that tune was included on a compilation series called Wizzz! French Psychorama. Think of Wizzz! as a kind of French Nuggets.

The group’s first release is a two-song single called – appropriately enough – Première Transmission. One needn’t speak or read French to figure out its meaning. And the music is thrilling, evoking the best of what one might call retro-popsike.

The a-side is “Une Fleur” (“A Flower”), originally waxed in 1967 by French singer Christine Delaroche. The remake is built upon a more rocking foundation than the original had, and the booming tympanis, soaring trumpets, swinging strings and – most of all – stinging fuzz guitar will take your breath away. If there’s a high-profile modern-day track that could serve as a reference point for the uninitiated, it might be The Who’s “Got Nothing to Prove.” But that track – with its Austin Powers-esque arrangement – is built on a basic track recorded in the mid-sixtes. Les Pommes de Lune’s recording is wholly new; it merely feels vintage, and in the best way possible.

The flip side is a cover as well, this time a far more well-known tune. “Pictures of Matchstick Men” was the apotheosis of British band Status Quo’s psychedelic era; the song employs giddily over-the-top use of the phase shifter effect, with lyrics to match. The song has been memorably covered before, most notably by Camper Van Beethoven (or was it Cracker? They blur together in my mind). But Les Pommes de Lune’s reading – for some reason titled here “Les Chimères” (that’s “Chimera,” the fire-breathing lion/goat/snake monster of Greek mythology) is at once more faithful to the original and different (because it’s sung in French). Loads more fuzztone guitar and a cavernous vibe make for a worthwhile revisit of this pop-psychedelic classic. A delicious combo organ break near the song’s end will send you scrambling back to Piper at the Gates of Dawn for some more Rick Wright-styled goodness.

It remains to be seen if this French Canadian outfit can apply its magic to original material; at press time, there are no further recordings available from Les Pommes de Lune. But there exists a wealth of under-exposed music of this type from the style’s heyday, so if they choose that route, it’s likely to be every bit as appealing. Do stay tuned; I certainly will.