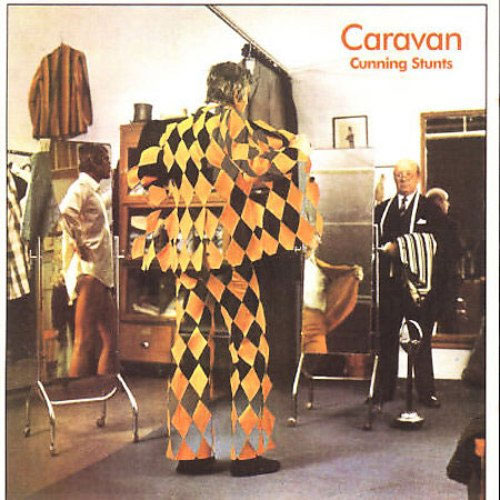 In music, the so-called “Canterbury sound” encompasses a wide swath of musical styles. The label refers to the unique music made by English bands including Egg, National Health, Kevin Ayers, Soft Machine and sometimes even Gong, who are French (go figure). There’s a strong jazz element – or at least sensibility – to much of the Canterbury sound, though it owes debts to progressive rock, English folk, psychedelic and even (cringe) “jam” as well.

For me, the very best music that falls under the heading has been made by Caravan. Almost wholly unknown here in the U.S., the group nonetheless does register on some listeners’ radar thanks to their album covers being featured (along with 15 others) on the outside of record inner sleeves from the London label.

They deserve better. Melodic in the extreme, often whimsical, reliably complex and frequently breathtaking, Caravan’s music deserves a wider hearing. They released their debut in 1968, and they’re still at it, with a new album released mere months ago. That said, their “prime” era centers around the earlier releases. Here’s my rundown of those, with mentions of some notable latter-day sets worthy of your attention.

Later but still well worth investigating…