Album Review: The Left Banke – Strangers on a Train 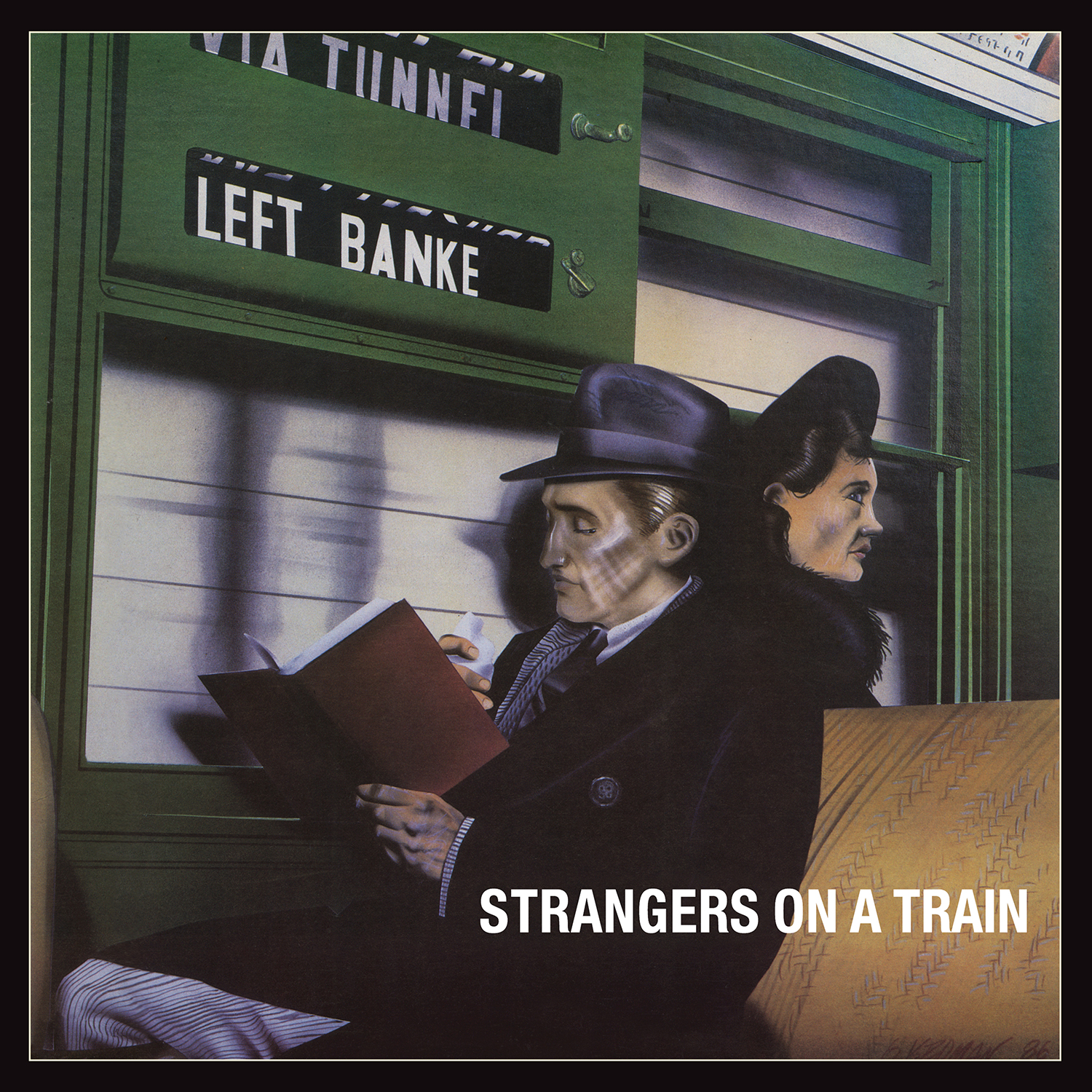 When the terms “baroque pop” or “baroque rock” come up in conversation, discussion of The Left Banke is assuredly to follow. While the group scored only a few hits – “Walk Away Reneé,” “Pretty Ballerina” and the lesser-known but equally wonderful “She May Call You Up Tonight” – they established a stylistic template that other would follow. Their story is best recounted in a chapter of Richie Unterberger’s Unknown Heroes of Rock ‘n’ Roll, but even that doesn’t tell the whole story.

The group split before scoring those hits, and the lineup that reunited to (briefly) capitalize on the momentum was a different one. The group did reunite in the late 1970s, cutting a little-remembered album called Strangers on a Train. That lineup initially featured three founding members, but one of them, Michael Brown was gone by the time of its release; his involvement in the finished product remains a source of debate in some quarters.

Thanks to a team led by archivist (and Left Banke superfan) Daniel Coston, a new reissue of Strangers on a Train from Omnivore Recordings gives modern-day listeners an opportunity to hear this criminally overlooked set of songs. The baroque style of the group’s classic era is followed, and the songs are strong. Here, The Left Banke manages the high-wire act of rocking out while delivering the kind of nuance and finesse for which they had become known. Close and complex vocal harmonies dominate the songs, and the instrumentation and arrangements are top-notch as well.

Strangers on a Train was originally released in the UK under a different title (Voices Calling) and with a different track order than its U.S. counterpart. That sequence placed all of the songs from a Spring 1978 session in New York City on the first side, with the second side focusing on material recorded in September of that year. The new Omnivore reissue uses the Voices Calling track sequence.

The second half of that record featured an all-star lineup of session musicians helping out: guitarist Hugh McCracken had played with both John Lennon and Paul McCartney (to name two of many). Cornell Dupree was an in-demand jazz and session guitarist. Michael Kamen had already earned some fame with the New York Rock and Roll Ensemble, and a few years after the Left Banke session, he’d become closely linked with Pink Floyd. Kamen’s orchestration on “And One Day” is a thing of beauty, making a superb song even better.

But none of that should overshadow the contributions of vocalist Steve Martin Caro and multi-instrumentalist Tom Finn. With drummer/vocalist George Cameron, they wrote all of the material on the album, and the result should have earned them success. Alas, it did not. With a sound that in places recalls Pilot, Badfinger and Alan Parsons Project, The Left Banke reunion went nowhere.

The new Omnivore release appends the original ten-track album with tracks recorded in the early 21st century. Those feature Brown and Caro. If anything, those recordings are even truer to the sound and spirit of the mid ‘60s Left Banke material. The rock textures are largely gone, replaced by a crystalline, emotionally rich feel. Brown’s piano and Caro’s voice – which doesn’t seem to have aged a day since “Walk Away Reneé” – are front and center, and the arrangements sound finished, not at all like demos. “My Buddy Steve” in particular is emotionally raw and lyrically forthright.

As Scott Schinder’s liner note essay, explains, the tracks were distributed to music industry insiders in hope of sparking renewed interest in The Left Banke. That didn’t happen, either. Today Brown, Cameron, Caro and Finn have all passed away. There’s no one left to capitalize on the hoped-fore belated recognition of these late-period Left Banke songs. Somehow, that tragic fact is right in line, consistent with the sad story of the band. But don’t let that put you off the achingly beautiful, lump-in-the-throat music.