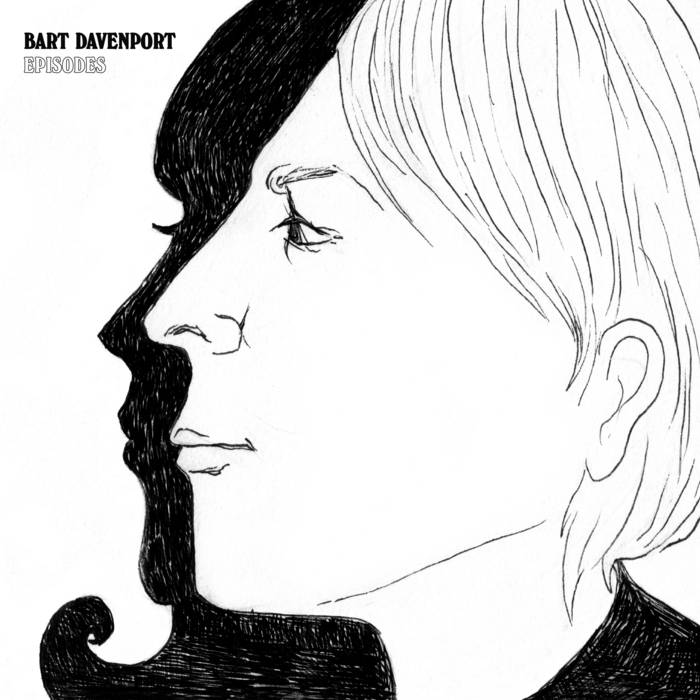 At the nexus in which DIY indie rock, baroque pop and shimmering, timeless music meet, you’ll find Bart Davenport. With a winsome voice reminiscent of prime-era Ray Davies at his most introspective, Davenport crafts deeply catchy tunes that burrow their way into the listener’s skull. While the press kit for Episodes bandies around the “lo fi” label, I hear instead finely-wrought, carefully constructed arrangements. Sure, they’re spare in their way, but that’s because that approach is what the songs deserve. Keeping things uncluttered helps place the focus on the vocals, lyrics and snaky melodic lines.

“Holograms” is a case in point. The song has a winning melody and accessible, relatable lyrics. But it also features catchy melodic bits from the guitar, an alluring bass part and subtle touches by way of keyboard and such. Those elements all come together in superb fashion. If there’s an aesthetic touchstone for this album, it might be David Bowie’s The Rise and Fall of Ziggy Stardust and the Spiders From Mars. “Holograms” in particular has a feel that connects it to that classic, yet nobody would accuse Davenport of (a) sounding like Bowie or (b) nicking ideas from him.

The introspection continues on cuts like the hypnotic “Alice Arrives,” with hints of Nick Drake. Spend time with Episodes and you won’t be disappointed. “Easy Listeners” combines a bit of bossa nova with a feel not miles from America’s “Tin Man.” “Naked Man” and the waltzing “Billionaires” paint vivd and alluring word pictures. “All Dressed in Rain” feels organic even as it uses a drum machine; it’s among the finest songs on a perfect album. The passionate “Strange Animal” serves up some lovely Rickenbacker-style jangle.

“Wireless Moon” recalls gentle Merseybeat. The heavenly instrumental “99 Forever” rocks out, building around some chiming electric guitar and lovely nostalgic combo organ; stick around for the jazzy guitar interlude. “Creatures in Love” is a slice of timeless Britpop. And the record wraps up with the contemplative “Still Life.” With Episodes, Bart Davenport has crafted one of the year’s gems. Look for a mention of this record when I do the inevitable best-of-’22 bit in December(ish).