Album Review: The Beatles and India 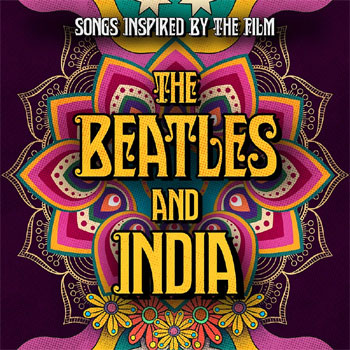 Much has been written about The Beatles’ fateful trip to Rishikesh, India, but comparatively little in the way of official documentation of the excursion has surfaced in the ensuing 50-plus years. We know a few things: Mia Farrow’s sister inspired a song, the Maharishi Mahesh Yogi may or may not have made untoward advances upon a female member of the Beatles’ entourage, Mike Love had a birthday and the Beatles serenaded him in honor of the event, Ringo didn’t care for the spicy food, and (most significantly) John, Paul and George were sufficiently inspired by the whole thing to write a bunch of songs, most of which surfaced on the White Album.

A few film clips from the trip found their way into contemporary new reports, and the Beatles Anthology miniseries included some footage. But that’s pretty much it: most everything we know about the trip comes from a relatively short list of sources. But now in the second decade of the 21st century, a new film aims to shed a bit more light upon the fabled foray. The Beatles and India was released in October and received middling reviews; The Guardian’s reviewer noted that “there isn’t really much new here,” but described the film as engaging.

That adjective applies to an audio companion of sorts, a 2CD set titled Songs Inspired by the Film: The Beatles and India. The first disc features 19 tracks by nearly as many artists, covering Beatles (and post-Beatles) songs well known (“Back in the USSR,” “Norwegian Wood,” “Revolution,” etc.) and relatively obscure (“The Inner Light,” “Child of Nature,” “India, India”).

The results are remarkable. Applying traditional Indian instrumentation to Beatles songs isn’t in and of itself a novel idea, but the way it’s done here does add something new to the discussion. These songs combine sitars, tamboura, sarod and similar instruments with modern-day electronic beats and textures, and the end result is closer in some ways to ‘90s acts Kula Shaker and Cornershop. The production values are high, and the arrangements are thoughtful, often combining traditional Indian vocals with more conventionally Western approaches (as on “Mother Nature’s Son,” which features plenty of both).

Some of the musical juxtapositions are odd. “Gimme Some Truth” is nearly completely reinvented. Other songs are quite good yet seemingly have almost nothing “Indian” about them save for an artist credit: Rohan Rajadhyaksha’s reading of “Everybody’s Got Something to Hide (Except for Me and My Monkey)” answers the unasked question, “What would it sound like if Lenny Kravitz covered the song?” A lovely cover of the underrated “I Will” is a highlight of the set, but there are many other worthy cuts as well. Nikhil D’Souza’s dreamy version of “India, India” serves as a reminder that John Lennon sometimes left superb songs unfinished and unreleased.

It’s not clear from the CD notes if any of these recordings actually figure into the soundtrack of the film itself; the “inspired by” tag suggests not, but having not seen the film itself (it is on streaming services), I can’t say. But the package’s second disc features music from the film, an original score by Benji Merrison, an Emmy-nominated composer from the UK with a lengthy and impressive list of credits.

A collection of more than 20 short pieces and cues, Disc Two is as one might suspect a series of impressionistic, evocative compositions that are nice enough on their own, but were designed primarily to support the onscreen images. The orchestration is lovely, the acoustic guitar picking is endearing, and the splashes of Indian instrumental texture strike the right balance. The incidental music is likely effective, setting the mood but not getting in the way of the visual images. The main titles and end credit pieces are the most memorable. All that said, few listeners will return to the disc after an inaugural play-through, though it might work well as an aural backdrop for a dinner of Indian cuisine for those who find Ravi Shankar’s LPs a bit much.

Additional note: More than a bit weirdly, a Google search for details on the film turns up comparatively little beyond official promotional content. What it does yield, however, is information about a wholly different film, The Beatles in India (note the “in” in place of “and”) by another filmmaker with no connection to this one.