Book Review: ‘Beyond the Printed Page’ by Alan Niester 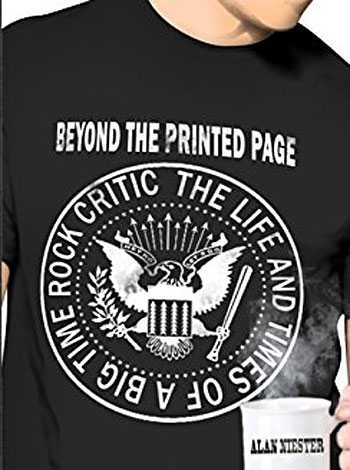 Niester has had a long career, writing for mainstream papers about music; that proud tradition is, sadly, one that no longer exists. Good luck finding a daily that covers live music. Even altweekles have scaled back their coverage; reviews of concerts are increasingly rare.

But beginning in the early ‘70s, and working primarily in Canada, Niester attended a staggering number of shows, covering them for The Globe and Mail and writing about then in a style that balanced rock-crit snark with the accessible-to-all approach required by newspapers. Beyond the Printed Page collects many of his writings, giving a sense of how artists like Supertramp, Tiffany, Tears for Fears, Rush, John Cale, King Crimson and many others were thought of at the time.

Niester’s biases are quite evident; he proudly wears them on his sleeve. He’s a rock guy, with a particular interest in progressive rock. He’s often at his best when he writes about those sorts of acts. When he turns his attention to other artists, the sneering disdain is often palpable. Like all of us, he occasionally veers into self-referential territory, hipper-than-thou jargon and other pitfalls. But in general, Niester calls ‘em like he hears ‘em, and his keen eyes and ears catch the nuances of these acts. And his writing often gets to the heart of what makes those artists special, and why we’re still talking about (some of) them today.

Some distracting errors keep Beyond the Printed Page from being perfect, but it remains a lively, engaging read. The manner in which the book is organized makes it easy for the selective reader to skip over artists for which s/he may have limited interest.

What should not be skipped, however, is Part One, Niester’s memoir of how he became a rock writer. Even if you don’t agree with his opinions about this or that group (and there’s plenty here to argue against), his autobiographical tale – one that occupies the first 50 or so pages – is the best part of the book.