I recently had the distinct pleasure of conversing with Graham Parker. My third time interviewing him (here’s the first, from 2014; here’s the second, from 2018), this time for a feature that was published by esteemed altweekly Metro Silicon Valley, I took a different approach than our previous chats. While the interview was in connection with an upcoming live date, it wasn’t tied specifically to a new album release. And I wanted to cover different topics than had been explored in our previous conversations. So I focused initially on Parker’s roots as a fan of American soul music, and that formed the basis of the MSV feature.

But our chat went beyond that into other areas I found every bit as fascinating, especially because I count myself as a major fan of Parker’s music. Knowing more about what informed his particular musical sensibility only adds to my appreciation of his work. You may find it interesting as well. In my experience – over 1000 interviews now – I have found that some of the most interesting artist conversations happen when things turn into two music fans discussing the music they love. Unexpectedly, my chat with Graham Parker touched on The Damned, David Bowie, The Ramones, Bruce Springsteen, Velvet Underground, Bob Dylan and more.

Here, then, is an edited transcript of the best bits from our conversation, material that didn’t go into the Metro feature. Our conversation picks up midway through a discussion of the music Parker was listening to around the time he wrote and recorded his 1976 debut LP Howlin’ Wind… – bk 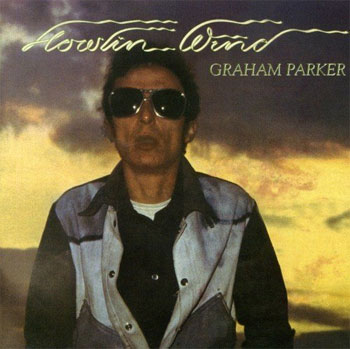 Graham Parker: The ska styles had now become called reggae. Howlin’ Wind was a natural for me to write because of all that stuff in the past with those kinds of upside-down rhythms. Then, “Don’t Ask Me Questions,” which wasn’t a reggae song at first, but into one. It’s all very British reggae, of course. It’s not like UB40 which were a bit closer to trying to capture the bluebeat style and the rock steady, the soft style of Jamaican music. I was taking the hard part of Prince Buster but putting it into more of a reggae groove as opposed to a ska groove.

And I wasn’t buying loads of these records. I had a very mixed collection at the time.

I discovered Velvet Underground just before my career started. That was some name I’d heard of but thought it was just some arty crap that critics liked, you know? I really didn’t know! It’s because of Bowie turning me on to Lou Reed with Transformer, so it was long after the fact, because this kind of music wasn’t very popular in England. All the acid pads I’d go and hang out with, tripping and stoning and stuff, I never came across anyone with a Velvet Underground record or anyone with a Dylan record. I didn’t really start to appreciate Dylan until Blood on the Tracks.

Bill Kopp: That’s a good place to start, though!

Yeah, it was a good place to start but, of course, I always felt a bit overwhelmed by it, so I never listened, in case it affected my style. Which it did on songs like “You’ve Got to Be Kidding” on Howlin’ Wind, you know? It suddenly all crept in there, mostly because I was listening to Blood on the Tracks, and my career began right then.

So, there was always a great mixture of stuff, and pop music styles crept in a lot of the time. “Local Girls,” you know. And “Between You and Me” was definitely a singer/songwriter [tune] because also with psychedelic came James Taylor and Neil Young, a completely different side of a similar coin. So, you know, all of those things influenced me, like it probably did Nick Lowe and Elvis Costello, as you say. They had a bit of that, but I leaned heavily on the soul approach and still do. I mean, the first track of my latest album Cloud Symbols is called “Girl In Need.” I’ve got the horn section back, for one thing, and that song is me using soul stylings. It’s right there. It’s still there, and it’s the kind of music I still like to play the most. It’s basically much more what I do now, mixed in with swing. It’s much more swing than a straight Motown beat or a straight up soul groove, really. One thing psychedelia didn’t have was swing, you know? No, it didn’t have a lot of swing in it, which I loved at the time. I was the anti of what I’d been into before, you know, most of that head music stuff.

So, it was all integrated. I mean, there’s references of surrealism and psychedelia and songs all through my work, especially later on past The Rumour. There’s a couple of songs on Imaginary Television [2010]; “You’re Not Where You Think You Are” is one of them. It’s a totally tripped out song. So, all of these influences are available but, you know, basically going back to your original question, I think soul music was giving me the kick that started my career, really. It helped start it. 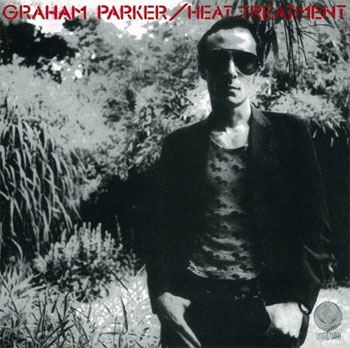 In that same period, the very late ‘70s, rock writers would throw labels around. They even called Tom Petty “punk” at the time, I remember, which was obviously kind of odd, really. When the Sex Pistols, The Damned, and bands like that were happening, did you feel any kind of affinity, musical or otherwise, with what they were doing, or did you really feel part of a different tradition?

It wasn’t something that I enjoyed listening to on a turntable. I had pretty high end equipment. I’ve still got it actually, but I don’t use it. I have big speakers in my flat in London, same flat, but now we listen to things, if I listen to anything, through a [inaudible] Bluetooth, you know, from my iPad, because it’s convenient. That’s it, you know, it’s easy. I bought quite a lot of old records, you know, on iTunes. King Crimson was one of them: In the Court of the Crimson King. Yeah, I turned my son onto it. It’s fucking amazing. You know, that’s the only record of theirs I’ve ever heard. I don’t want to hear any more. That’s it. That’s the one that I remember tripping out to and all of the rest of the shit we did. That was fantastic!

You know, if I put on the Sex Pistols, it sounded totally out of place on a good stereo. It should be heard through a radio, distorted. I like it for that. You know, I don’t like to compare. I don’t want to compare. That’s a critic’s job. But you can’t help [but compare] The Clash and the Sex Pistols. The Sex Pistols got to me because they made me roar with laughter. Johnny Rotten was a vaudeville act. I think he said himself he was just doing what some of the comedians in Britain did, all that gurning and funny faces and shit. You know? He was doing a lot of that stuff, and it was hilarious to watch him on top of the box. I just cringed up laughing, and it was admittedly powerful. You know? So, I like it in that way, but I was more into [singing] “Ain’t no doubt we are here to party/Boogie nights.” That’s what I wanted to listen to, you know? Disco was incredible to me. I mean, was there a bad disco record in the whole of history? I don’t know. Maybe there was. “Boogie Oogie Oogie” is a terrible song, but it’s a great record.

It’s embarrassing to listen to, but it’s fucking amazing. [singing] “Boogie all night/Don’t boogie no more/You can’t boogie.” It’s kind of soul music but with a specific groove within it.