Nora Brown is a celebrated roots musician. She released her debut album, Cinnamon Tree, in 2019. That album showcases Brown’s facility on the banjo, as well as her keen understanding of the musical traditions of the Appalachian region. A popular fixture on the festival circuit, Brown gave a TED talk, appeared on NPR’s Tiny Desk Concert, and she’s an in-demand instructor. A featured performer at this year’s Mountain Song Festival, Brown appeared on a bill that included Mavis Staples, Steep Canyon Rangers and other critically acclaimed musical acts.

And if all that isn’t remarkable enough, it’s worth noting that Nora Brown is all of 15 years old. And she’s from Brooklyn, New York, not some holler in West Virginia. 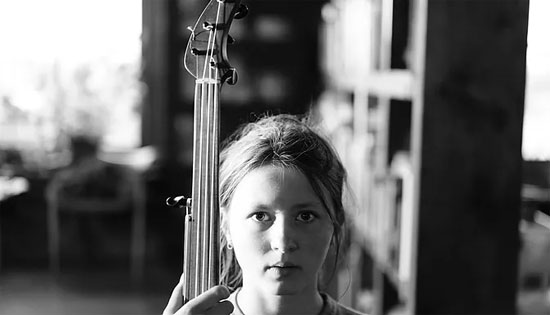 Brown does have some familiar roots in Appalachia, but she says that her interest and immersion in old-time music isn’t something foisted upon her by her parents. “I really came upon it by accident,” she explains. When Brown was six, she decided she wanted to learn to play the ukulele. So her parents signed her up for lessons from ethnomusicologist, multi-instrumentalist and instructor Shlomo Pestcoe. “But I had no idea that he would only teach old time music,” Brown explains. Fortunately for her, she fell in love with the traditional music of the mountains.

Coupled with Pestcoe’s collection of instruments, that interest brought Brown to the banjo. She recalls lessons at his home. “He was a collector of sorts, so he had a lot of trinkets. You’d squeeze through this hallway, and it would open up into this room where we would learn our lessons.” In that room, the two would be surrounded by other instruments. As she became proficient on ukulele, Brown decided she wanted to expand her musical horizons. Pestcoe suggested the banjo ukulele as a transitional step, and studies on that hybrid instrument led Brown to the banjo.

Sadly, Pestcoe passed away shortly after Brown began playing the banjo. “I did continue to learn from other local teachers in the city,” she says. “Then I kind of branched off on my own.” Today she plays both the familiar five-string banjo and a more exotic instrument, the fretless banjo. A traditional instrument with origins in Africa, the fretless banjo would seem to be a far more challenge to master. “It’s hard to play things without mistakes because it has no frets,” Brown says. But she says that using muscle memory, she eventually found her way around the fretboard.

And in the hands of a skilled instrumentalist like Brown, the fretless banjo produces a sound distinctly different from its more well-known relative. “The thing about playing on gut or nylon strings,” Brown observes, “is that it’s so fluid. The movements that you do are so easily translated.” she says that on a fretted, metal-string banjo “it’s very common that you’ll have to change the way you’re playing to get the sound that you’re looking for.” But on the fretless, she says, “there’s never a need for that. The sound just [comes] out in a way that – at least for me – is perfect.”

The 11 songs on Cinnamon Tree are all traditional tunes; Brown’s readings of those tunes build on tradition and filter it through her own 21st century sensibility. “I try to get as close as I can to the source,”she says, “but it honestly doesn’t matter in the end. Because no matter how well I learn it to somebody else’s version, I end up changing it just by way of playing the song again and again.” She says that the change isn’t something she consciously pursues. “It just kind of happens,” Brown says.
Nora Brown doesn’t suffer at the hands of the “stage parent” syndrome. “My parents support my music, and they also support my involvement in how I spend my time,” she says. Brown observes that some parents are very forceful about their children practicing. “I don’t necessarily agree with that,” she says. “I think that it’s helpful to maintain a balance.”

And by all evidence, Brown is succeeding in that balancing act. While she’s busy with teaching, taking part in competitions, performing and other musical pursuits, this young woman is keeping her options open. “I’m not sure if I want to continue a career in music for my entire adult life,” she admits. “But I do know that I always want to play music. I don’t really know exactly what I’m going to do, but I do know I want to continue passing on musical traditions.”