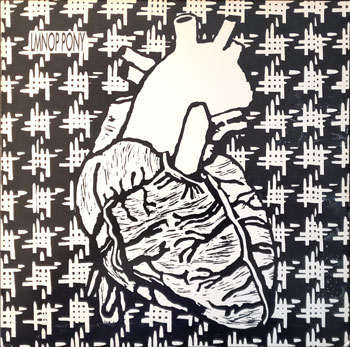 I’m not even suggesting that you should – it’s just an open question – but have you ever toyed with the idea of doing something completely in a different musical direction?

No. I wish I had the time and energy to go into things like that, but the things that I have done have taken so much time and effort that I just don’t have enough energy and time to go into other areas.
I have thought before about doing a 1960s psychedelic thing. The one that I would probably do if I could get myself into it is to try to do an exceedingly bubblegum album. My favorite song as a kid was “Yummy Yummy Yummy,” and I still think that’s one of the most brilliant songs that’s ever been written, and I’m not saying that to sound weird. I really do think it’s an incredible song, and I’ve always wanted to come up with something that was on par with a song like that.

Even in the early days, it seemed to me that babysue and LMNOP weren’t really separate entities. The two concepts seem to kind of blur into each other. Can you speak to the relationship between the babysue comics and the music, if any?

I really don’t know. I guess there’s some things that bleed in and out, but I think they’re mostly separate, but sometimes things bleed from one to the other. I’ll tell you, this is one thing – since you’ve been aware of this a long time, Bill, you might find this interesting – there are people that like the music, and there are people that like the writing and the comics, but there’s almost nobody that likes both. I could say there’s maybe four or five people that I’ve come across that like both sides of it.

I didn’t discover Matt Groening’s Life in Hell until after I had become a fan of babysue comics. Were you aware of it at all, and did you consider him – and maybe even Bill Griffith’s Zippy the Pinhead for that matter – either an influence or a kindred spirit?

I did not know about his stuff when I was coming up with my thing. I did find it interesting that, apparently, the way he came up with The Simpsons was apparently the same way I came up with my comic strip character, which was to scribble something in about 30 seconds and then keep doing it over and over.

Was there ever a time when LMNOP was a financially rewarding enterprise?

No! Never! And it never will be! I’ll put it this way: if you’re a successful person making lots of money in music in 2021, your music’s no good. That sounds terrible, but most commercial music lately is… I can’t think of hardly anybody that’s really good.

Following on from that, the astounding thing to me is that it seems like the worse a song is, the more writers it has. I mean, you see some of these pop hits that have seven people. It’s like, “It took seven people to write that?” I mean, I could write a bad song without any help. Why do I need six people to help me do it? I never understood that.

We could really go on with this one for a long time! But what I would call credible, really good music: there’s more of it now than there ever has been, yet it’s all more underground and unknown than ever. 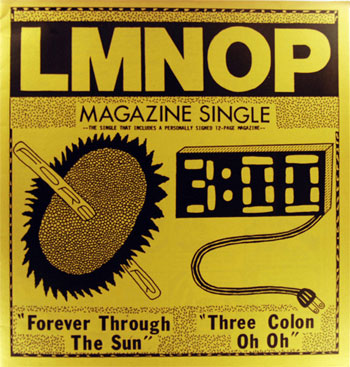 Yeah. With the rise of the Internet and digital, the good thing about it is the barriers to entry are down. And the bad thing about it is there are no barriers to entry. You don’t have to fight through the record company to get your stuff out there anymore, but you can also just make complete garbage. The signal-to-noise ratio is not very good. There’s lots of good stuff out there. You just have to really hunt through it.

Your point is really good. It’s not just with music. It’s with photography, it’s with video and movies. Now that everybody can do it, because it’s so cheap to be able to create things, everybody’s creating this. As a result, we have this huge glut of stuff, and there’s never enough people to take it in or to listen to it or watch it, because everybody’s making stuff and throwing it out there… because they can.

When I first was in touch with your publicist, my first response to them was, “Stephen wouldn’t do an interview, would he?” I’ve always had the impression that anonymity was kind of your thing. So, do you do a lot of interviews?

Well, I did a long time ago. Then, at a certain point, I had a few instances where people were putting stuff out about me that I really wanted private. So, I finally got to a point and put out the word that I wasn’t doing interviews with anybody, ever. Then, after I did that, I removed that from my website so that people wouldn’t think that. But by that time, nobody wanted to talk to me anyway!

So, now, the way I feel about it is: I’m talking to people and doing things, but I’m not trying to promote myself as a celebrity and for people to recognize me and want my autograph. I’m trying to do a few things that will get the word out about the music, because I do want folks to hear what I’ve done. My intent is mainly to try to make people feel good or to enjoy something rather than to make a buck or to be a celebrity. That’s the truth.