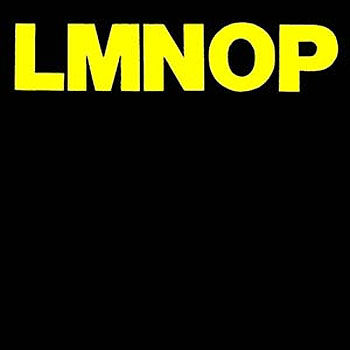 So, then you don’t record everything you write, or do you?

Well, yes and no. I record what I call song snippets. I have a little digital recorder where I just come up with ideas, and I just stick them on this thing constantly. There are hundreds and hundreds of these little snippets. I have so much of that that I could never record all the stuff from it, but the process of actually doing finished recordings takes so much more time. Unfortunately, it’s very, very time-consuming. It may not sound like it, because it sounds like it’s all slapped together real quick!

Ira Robbins from Trouser Press famously described you, many years ago, as a “one man pop auteur.” How did you feel about that when you first heard it or read it?

Well, I will tell you: of all the things that happened in the early stages of doing this, when I got positive endorsements or positive reactions from him, I couldn’t believe it. Because as a teenager, I pretty much worshiped Trouser Press, and everything that he wrote about turned out to be the greatest stuff. So, when it turned out that he liked what I was doing, I really couldn’t believe it. I was in total disbelief. I still am!

It’s one of those things where it’s sort of a trademark quality: if he likes it then, for me, it’s like, “Okay, well, it’s at least work checking out.”

I found out about Big Star through Ira Robbins.

I bought those Big Star records in the ‘80s when I found them at Fantasyland Records in Buckhead as “new old stock.” I still have them. I still have nearly every record I’ve ever bought; I got rid of Stones’ Love You Live and a couple other shitty records. I even have this! [Holds up copy of LMNOP’s Pony album.]

You’re one of the very few that have that, because I pulled it and destroyed most of them, because I screwed up with the pressing. One of the songs is really distorted.

And the first one [elemen opee elpee] I bought at 688 at the merch table.

If we’d been in touch at the time, I could’ve given you several hundred for free!

I noticed on the website that you’re still selling them! How many do you have?

I think I have one box left. I really don’t like charging much for music, but it’s a little bit more expensive than my other cheap items, because I am running out of them. Amongst some people, they really like it. But amongst a lot of people, they really didn’t care for it. 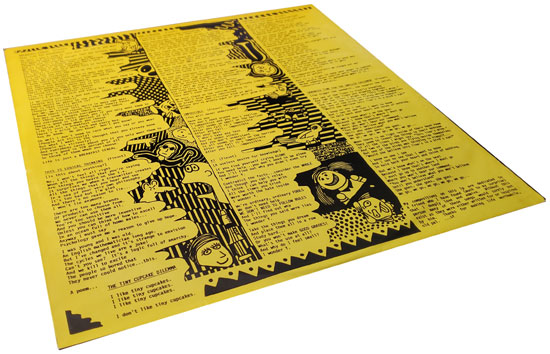 The fidelity is better than the cassettes just because it’s on vinyl instead of tape, but I like it. The early albums: were they recorded just on a cassette-based PortaStudio, or were you using something more sophisticated?

I was using a Teac 8-channel/8-track recorder. It was a real recorder, but it was really limiting as far as what you could do with it.

Lots of us were working with four channels back then, so with eight, at least you could do some bouncing of tracks. Is everything digital now for you? I’m assuming.

It is. I had a hard time getting into the digital world, but I’ll tell you what got me through it and how I overcame my aversion to it. I kept thinking I had to understand what I was doing and, every time I’d start to get into it, I was like, “This is so complicated. I hate this.” What happened is I finally told myself that, when I was doing analog, I didn’t know what the hell I was doing, and I enjoyed it. So, I thought, “Just start doing it and don’t worry about understanding it.”

The newest album has just the right amount of polish. I wouldn’t call it slick, but it’s not homespun.

I appreciate you saying that for feedback, because that’s kind of what I was trying to do. I wanted it to be more like a studio recorded album, but I didn’t want it to come across like 21st Century processed cheese. 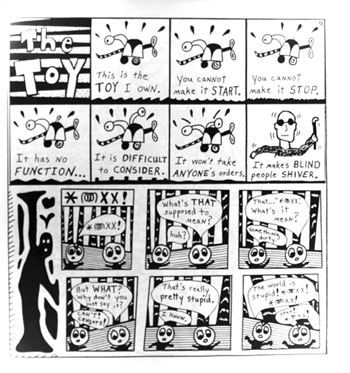 You kind of flirted with what I would call the outer fringes of mainstream success when you released that first LP in ’86. Was scoring a deal with a label – indie or even a major – something to which you aspired?

Oh yeah, yeah. Then, I was so stupid. That’s what I wanted! I didn’t realize at the time what it entailed to try to be a career musician. But no label in this country was ever interested, so I didn’t have to worry about it anyway. Over time, I finally realized that wasn’t really what I wanted to do with my life, because I don’t like being recognized, and I don’t want to be out retreading the same songs over and over for the rest of my life. So, I veered or changed my path, because after I got into it, I started realizing a lot of aspects of it weren’t so much fun.

There was the period, in the mid ‘80s, when you had a band. Do you miss that, or do the negatives outweigh the positives?

Well, I don’t think I was meant to play in a band, Bill. In fact, when I first started out, I was trying to emulate Todd Rundgren and Roy Wood and Emitt Rhodes and people like that. When I started playing with other musicians, I wasn’t doing it because that was what I really wanted or intended to do. But other people were telling me that – in order to be successful, which is what I thought I wanted at the time – I had to have a live band to be able to promote what I was doing. So, that’s why I went that direction. And it was only, again, after doing it that I realized I wasn’t good at it, because I was a dictator. I was very closed-minded, and I really just wanted three or four more of me backing me up.