Progress Report #4: My Book About 415 Records

It’s time for another of my occasional book updates. I’m mere days away from finishing writing my second book, Disturbing the Peace: 415 Records and the Rise of New Wave. As I tackle the remaining few chapters, I’m struck (as I have been throughout the project) by the ways in which various themes come up again and again, and the manner in which seemingly disconnected story lines intersect, overlap, or at least mirror one another.

In the final days of the project, I’ve encountered the delightful surprises of being contacted by a few more individuals connected to the various stories (some 30-plus narratives, really). I’ve interviewed them, and then gone back into what I had thought were effectively completed chapters, weaving their memories and insights into the stories. The book is better for those.

It’s longer, too. My first book, Reinventing Pink Floyd: From Syd Barrett to The Dark Side of the Moon, came in somewhere between 70,000 and 80,000 pages. In a book with no images, that worked out to about 220 pages. Disturbing the Peace, by way of contrast, is looking like a 100,000-word book. And I have more than 700 images for potential inclusion.

Yet from my perspective, the whole thing hangs together in a way I might have hoped, but certainly never took for granted during the process. There are some instances in which I had planned to write a chapter, but once I dug into the story it became three. One of those has the provisional title, “The Worst Label of All.”

One of the most fascinating parts of the experience is editing. At the start of the project, my dear wife Audrey had, shall we say, only a passing familiarity with the artists. That means that she brings to the reading of the manuscript a fresh perspective devoid of preconceptions about how the stories “should” be treated. And it means that when she reads my drafts, she comes back to me with statements like, “This is interesting, but it doesn’t really fit into the story.” Red pen in hand, she has made countless suggestions regarding the trimming and streamlining of the book’s chapters. And I have enthusiastically embraced about 95% of her suggestions.

One chapter in particular saw a full 1000 words get cut. The topics and quotes therein were interesting, so I didn’t delete them; instead, I placed all of the trimmed material into another document. With a few minor tweaks, it can (and will!) serve as a sort of online bonus or teaser (I haven’t decided which) for the book.

There’s something I’d like to mention here. In the course of my interviews and research, I’ve spent a lot of time with people, telling me their stories, reliving their memories – sometimes painful, sometimes cherished, nearly always vivid – and I’ve come away from the experience with even more respect for them as people and artists. I don’t know the details of what the future holds once the book hits the shelves, but I hope that it includes spending time with some of the people whose stories I’m bringing together in the pages of Disturbing the Peace.

Stay tuned for more updates. Once I hand the book over to my publisher, I hope to pivot in the direction of publicizing the project even more vigorously. That process will include sharing excerpts, extract and images. To whet your appetite just a bit, here’s a photo. 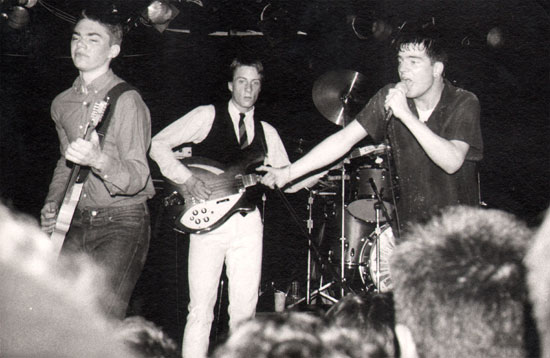