Echodrone: All About Texture and Density 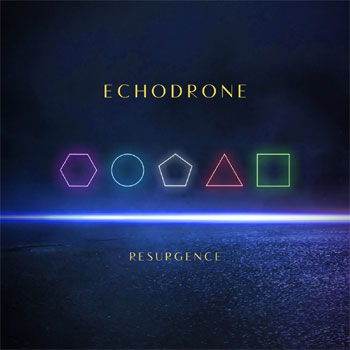 While Echodrone’s music fits into the mold commonly called shoegaze, there’s more going on in the arrangements. There’s a sense of the dramatic amid the shimmering, reverb-soaked guitars and icy yet expressive vocals. There’s a soaring, majestic, wide-screen feel to the eight songs on Resurgence, the group’s eighth full-length release.

“Eugene [Suh, guitar] and I are both drawn to dense music,” says bassist Brandon Dudley. The two musicians co-founded Echodrone in San Francisco in 2005, with what Suh describes as modest goals. “We just wanted to play a show,” he admits. “That was it! This is the first real band I’ve played in, so the idea of being onstage — playing songs I had written — seemed really appealing.”

The band quickly grew into more than an excuse to take the stage. Echodrone released its self-titled debut EP in 2007, a four-song set that showed their musical character was well on its way to being formed. The Echodrone EP has a harder edge to it than the music the band makes these days, yet somehow the group’s newer tunes pack more of a punch. The songs on Resurgence feel immersive in a way that previous efforts only hinted at.

Beyond its two founding members, Echodrone’s lineup has seen members come and go. Suh and Dudley believe that the current lineup is effective at bringing together some of the values of classical music with the intensity and layered character of post-rock. “I grew up playing piano,” Suh says. And his parents exposed him to a lot of classical music. “So those influences have always been there, and they pop up in interesting ways when I write songs.”

Even when the arrangement is gauzy and filled with instrumental sounds that bleed into each other, a rock-solid melodic sense anchors the music. Suh’s handles vocal harmonies, but it’s the sweet yet assured vocals of Jackie Kasbohm that gives Echodrone’s songs a gentle character that balances the formidable roar of electric instruments and drums.

“The music has been a reflection of us as we’ve grown in life,” Suh says. “I view our music almost as diary entries.” In a sense, Echodrone’s musical path reflects a maturing. But it also reflects the emotional ups and downs of its creators. Suh refers to the making of 2019’s Everything Starts to be a Reminder as a dark period.

“I was kind of lost with what I wanted to do with music,” he explains. He met up at a bar with Dudley. “We had a few drinks, and Brandon said to me, ‘What’s going on? You don’t seem passionate about music any more.’” Suh pondered the question and came to a conclusion: he had been approaching music from the wrong angle.

“The music was a reflection of our voice,” he says, “but I was trying to filter it in a way that I thought the world would appreciate.” He realized that this approach was unfulfilling and a never-ending struggle. So he resolved to start making music for himself. “And if there are other people that enjoy what I’m doing,” he says, “that’s great.”

The COVID-19 pandemic has brought with it challenges for most everyone. But in a way, it also provided an opportunity for Suh to put his new approach to music into practice. “We were all isolated from everyone, so it was the perfect opportunity to delve into that idea: creating an album purely for my own personal fulfillment.”

But the results are anything but insular. While there’s a contemplative, inward-looking vibe to songs like the haunting opening track, “Midnight Frost,” the accessible melodic content draws the willing listener into Echodrone’s world.

Making Resurgence while working remotely posed some technical challenges. Each musician recorded his or her parts at home, and audio files were shared using Dropbox. That meant that the real-time interactivity of playing as a band simply wasn’t possible. “You put your idea down, and it floats off into the ether,” Dudley says with a chuckle. “Then, at some point, you’ll get some feedback [about] how it works in the song.”

Dudley says that the piecemeal approach changed the way the music came together. “I missed the interplay between the bass and drums,” he admits. “Rhythmic ideas come from a different place if you don’t have the drums to react to. I felt like it was a little restrictive.” 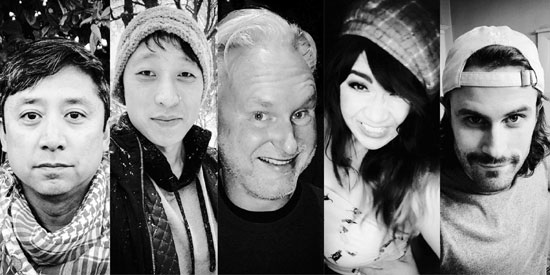 But in fact Echodrone had been using this remote method to make its records for some time even before the pandemic. Though the group has its roots in San Francisco, today the five musicians are scattered across the country. Playing live might have been the original motivation, but it’s been years since the band convened for a live performance.

Still, Resurgence is the sound of a band that’s together in a real — if not a literal — sense. Its title notwithstanding, “Jaded” conveys an uplifting sense of ecstasy and wonder. And Echodrone makes intriguing choices in its occasional forays into covering other artists’ music. The new album features a reading of Billy Joel’s “My Life” that feels like a cross between the Polyphonic Spree and the Jesus and Mary Chain.

That’s not the first time Echodrone has sought to recast well-known songs in its own image. Nearly a decade ago, the band’s Mixtape for Duckie featured covers of the Alan Parsons Project, Gary Numan, Christopher Cross, and Louis Armstrong’s 1969 James Bond Theme, “We Have All the Time in the World.” Dudley laughs heartily as he’s read a list of Echodrone cover songs. “We do have pretty wide-ranging musical interests,” he admits.

“Each song that you [cover] has its own legacy,” Suh explains. “So you don’t want to just do it straight. Because, it’s like, ‘Why would you listen to that? Just go listen to the original!’” And taking on the task of reinventing the songs is a creative endeavor all its own. “It’s probably one of the hardest challenges I can think of,” Suh says.

But the core of Echodrone’s musical character is its original material. And Suh defines that lyrical perspective in a way that resonates in the pandemic era: “We’re all aging in this world, and time passes quickly,” he says. “Life is finite. We can get caught up in all these distractions, but there’s beauty happening right in front of us.”