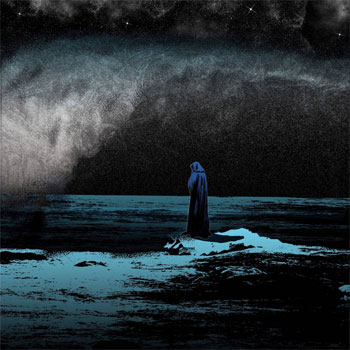 How does a new band – combining a Portuguese-speaking former fire eater and an instrumental quartet that plays stoner metal – get started during a pandemic? Through Craigslist, of course. Oakland-based band Slow Machine has just released its debut EP, Black Tide, and the four-song collection of studio tracks documents the breathtaking live power of the group. And that’s remarkable, because Slow Machine hasn’t played in front of an audience yet.

“Most of the band was together before the pandemic,” says vocalist Paula Kaiser. “I joined right before things really got completely out of hand.” The new group managed to schedule a few rehearsals before everything shut down. But by October of last year, Slow Machine was able to book time at El Studio, recording four original songs that showcase the band’s doom-laden, atmospheric roar.

Kaiser had been in a band before – when she was 13. “In Brazil, I played in a punk band called Sphincter,” she says with a wicked laugh. “The band name was based on that line in Wayne’s World: ‘Sphincter says what?’” But Slow Machine represents her first foray into lead vocal work. “I was so shy about it,” she admits. “I was like, ‘It’s never going to work!’”

But it did work. Kaiser’s commanding voice has a mystical, foreboding texture that fits in well with the band’s wide-screen squalls of guitar riffage and ground-shaking rhythm section. “We’re pretty heavy live,” Kaiser says, “But when we’re jamming together, we’re a little more psychedelic and hypnotic.” Slow Machine makes liberal use of – you guessed it – slow musical passages, but those are brightened by Kaiser’s vocal harmonies. “We didn’t want to be your standard singing-about-Druids band,” she says with a laugh. “We wanted something a little bit fresher.”

The band – Daniel Schwiderski on lead guitar, Joel Panton on rhythm guitar, bassist JP Machine and Eliot Rennie on drums – plays with precision and slow-burn intensity as they support Kaiser’s alluring vocals. The spooky, sinister vibe of “Sands” – at eight-plus minutes, the lengthiest track on Black Tide – takes its time to develop. As the song unfolds, Kaiser spins out an icy, assured vocal that speaks of war and mayhem.

And weighty subject material is another defining quality of Slow Machine’s music. Kaiser, who writes the band’s lyrics, explains that three of the four songs are about drugs. “Frost” is about cocaine. “’She’s Nodding Again’ is obviously about heroin,” Kaiser says. Citing the well-worn adage “Write about what you know,” Kaiser says that a decade ago, she was addicted to drugs. “But I want to make sure that it doesn’t sound for even a second like we’re glorifying drugs,” she emphasizes. “Music got me through so many hard times; if our music could do the same person for even one person, that would be my dream.” 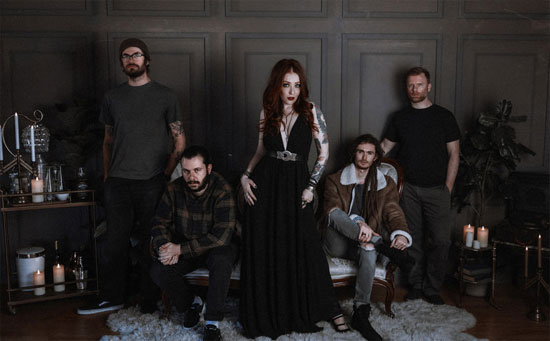 The band’s decision to debut with an EP rather than a full album wasn’t born of lack of material. “The point was, ‘Let’s start with an EP because we’re not on a label yet,’” Kaiser explains. “We were already getting a lot of traction on Instagram without even having any music out,” she says. “Every week we had more and more followers. It was crazy.” The group’s collective goal was to get some music out there, and then see what sort of interest Slow Machine could attract from record labels.

And even though the Black Tide EP has only been available for weeks – it saw official release in early February – there are signs that the band’s “teaser” approach seems to be working as planned. By mid-March, the group was in talks with two labels. “We’re so humbled,” Kaiser says. “I’ll tell you: I may have cried at some point or another!”

Kaiser may not have a long history as a vocalist, but she’s a seasoned performer. “I’ve been on stage for years and years,” she says. Before relocating to the Bay Area, she lived in New York City where she worked extensively as a fire eater. Asked if that skill might eventually be worked into a Slow Machine performance when live concerts resume, she allows that it’s at least a possibility.

Fire eating is “kind of like riding a bike,” Kaiser explains. “You never really forget how to do it, and if you do forget, chances are good that you’ll die trying.” She pauses and then backpedals a bit. “We’ve joked about it,” she says. “I think that it might be cheesy, and a little overkill: ‘Hear me sing, and now watch me eat fire!’”