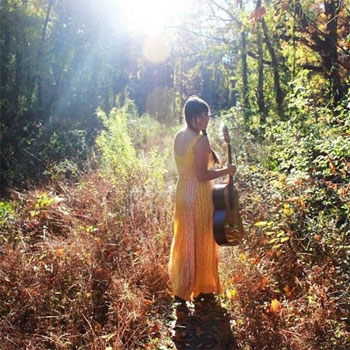 Throughout her musical life, Laura Boswell has bounced back and forth between the classical and folk worlds. And while the music on the new Place to Be EP – the Asheville musician’s third release – is firmly rooted in the folk idiom, those and other musical traditions inform her work.

“My training began with classical piano when I was a kid,” she recalls. “Then, I kind of renounced it.” After seven years of piano training, she switched to guitar, and redirected her musical focus. “I was an angsty teenager just sitting in my room learning these songs,” she says with a laugh. “I began learning the songs that I was listening to on the radio; I got really into electric guitar and was really into classic rock like Jimi Hendrix.”

By the time she started at Guilford College in Greensboro, Boswell had begun to find a way forward that combined elements of all the musical traditions she had been absorbing. After changing her major “a number of times,” she settled on classical music performance, building on her piano foundation. “But I also decided to play one of my songs on guitar during my audition.” She immersed herself in classical guitar, but was also drawn to more contemporary music. “And I started writing more music,” she says.

Boswell had already been composing, but her earlier material was simpler. “Before I started playing classical guitar, my music was more bluesy and funky,” she says. “Studying classical guitar really advanced my technique – especially right-hand fingerwork – and that influenced my songwriting.”

Another leap forward came as she discovered the music of Nick Drake. “He [wrote] in a lot of alternate tunings,” Boswell says. “So I was taking the tunings that he plays in, and tying in my classical technique to combine those elements.”

Classical music would continue to exert influence on Boswell’s emerging style. “I got to see so much live music – chamber music, orchestral music – and I was being exposed to more complex harmonies,” She says. And she began to apply those qualities to her own songs. “When I’d write something, there were times where I’d be like, ‘That’s a little bit bland. What can I do to make this a bit more interesting or unusual harmonically?’”

The complex yet accessible nature is at the core of Boswell’s three-song Place to Be EP. The set includes two originals – “Loss” and “Idaho to Montana (Loving Softly)” – and the title track, a reading of a song Drake wrote and recorded for his 1972 album Pink Moon. 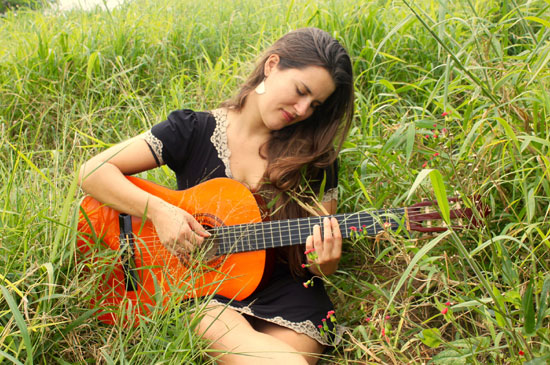 Boswell’s “Loss” features the sound of a mourning dove, clearly heard in the mix. “I draw a lot of inspiration – for songwriting and in my life – from the natural world,” she explains. And, she adds, “I just really love birds.” She lived for several years on Maui, and would be awoken each day by the gentle sound of mourning doves.

Boswell and producer Dan Shearin (of River Whyless) sampled mourning doves and meadowlarks, and worked those sounds into the music on Place to Be. Boswell says that Shearin’s skill at tying in natural sounds on his self-titled 2019 solo EP was a big part of her wanting to work with him on her newest release.

But it was more than love of nature and being impressed with Shearin’s work that led Boswell to incorporate the soft coo of mourning doves into her music. “My grandfather passed away while I was living on Maui,” she says. “I wasn’t able to attend the funeral, so recording ‘Loss’ is my way of processing his death, and my not being able to be with family.”

Boswell and Shearin did most of the EP’s recording in early March. But when the lockdown hit, she left the responsibility for adding overdubbed instruments (including harmonium) with Shearin. “After exercising full control over the making of her previous albums, Boswell says that “it was really nice to just hand it over and just see what someone else came up with. I told him, ‘I entrust my songs to you. I trust that whatever you do to these will be really good.’”