Bonus Interview: Kevin Godley on ‘Consequences’ and the Gizmotron 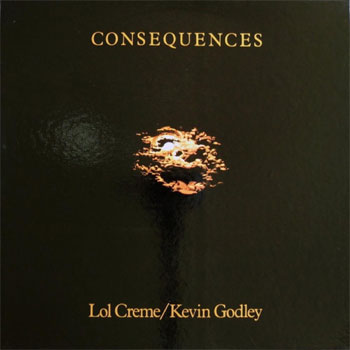 I recently spoke with Kevin Godley (10cc, Godley & Creme) about his new solo album – his first, in fact – titled Muscle Memory. But during our chat I also managed to bring up the subject of Consequences, the bizarre boxed set 3LP album that marked the debut of Godley & Creme in 1977. That deeply idiosyncratic album – filled with spoken word, strange sounds and the jazz vocals of Sarah Vaughan – was originally envisioned as a demonstration of the Gizmo (also known as the Gizmotron), an electronic effect for guitar.

Consequences actually charted in Godley & Creme’s native UK (#52), but was both a commercial disaster and widely panned as overindulgent mess. So naturally it was a treat for me to have the opportunity to chat briefly with Godley about the album. – bk

I’m one of the people who actually bought, still has, and enjoys Consequences …

You [laughs] and five others.

In fact, I even have the other record, the single-LP Music from Consequences; I’ve found a copy of that as well. If you had to do it all over again, what – if anything – would you do differently regarding that project? 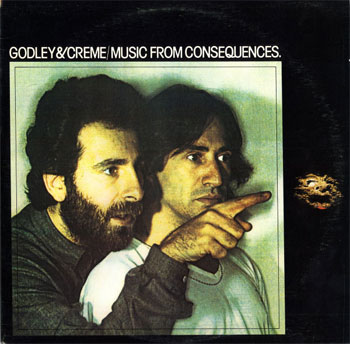 There’d be no play in it. That’s it. That killed it for me.

I mean, it was fun to do. Working with Peter Cook was a joy, but it was, by that time the tail was wagging the dog. And it was getting out of hand. You see, the original idea for this was to do a single album, a single LP that was really a sort of demonstration record of what our device called a Gizmo could do. And that was it. It was going to be a one-off album.

But seeing as we ended up leaving [10cc] in the middle of that project, it sort of escalated into something else. But yeah, in a nutshell, I’d junk the play and do it as a single album.

Aaron Kipness brought an updated Gizmotron 2.0 to market in 2015. Does the recent resurgence of the Gizmo surprise you?

You mean the new version of a Gizmo with proper materials, modern materials?

It did a little bit, but having spoken to the guys who are doing it, it’s great, because it’s a little bit of an anomaly in 2020. But it’s still a great idea. I mean, you know, the original didn’t really work sufficiently well to sell in any numbers. And it came out at a time when people were starting to buy cheap synthesizers, which – let’s be fair – were more reliable than the [original] Gizmo ever was.

You could take a synthesizer into any room in the house and play it. If you took the Gizmo into a room that was two degrees warmer than the one you’d just come from, it would sound like a fucking chainsaw, as opposed to a violin section. That was the problem with it. 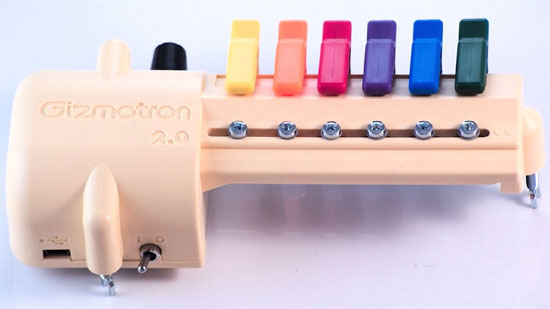 Do you have one of the new models?

I do, but I don’t play guitar. I just got it for getting its’ sake.

Let me ask you one. What were you expecting when you heard Muscle Memory?

You know, I really tried to come at it with no particular expectations. I’ve heard enough of your work in the past to know that there would be melodies at the core of the material, but as far as what it would sound like, to some degree I expected the unexpected.

I expected it to be different, in the same way that there are certain artists whose work I really like: Todd Rundgren, for example. He’s deliberately unpredictable in some ways, and I get hints of that with your work as well. And so, I think it was that. I didn’t expect that it was going to sound like Consequences, for example.

Right, right. And it wasn’t going to be that long! Well, that’s pretty good.

I have to say that the few people that I know who have heard Consequences are all fanatics of it as well, and they have copies.

Well, it’s very strange. It does have that sort of loyal cult audience after all these years, which proves that we weren’t the only ones who were insane!