The heyday of vinyl records – the so-called “album era” – spanned from 1964 to the mid ‘90s. But the advent of CDs and then the internet seemed to spell the end for the cherished format. In 1993 vinyl album sales in the United States had dropped to their lowest-ever point, with only about 300,000 units sold. (Compare that figure to those of Pink Floyd’s 1973 LP The Dark Side of the Moon; it sold nearly twice as many units in its first month.)

Seemingly superseded by CDs and downloads, vinyl records continued to be pressed, and sold in limited quantities. But – according to figures from the RIAA (Recording Industry Association of America), through 2007 vinyl album sales were essentially flat, hovering around the one million units per year mark. Though by then CD sales were also in decline (from a late ‘90s high of nearly a thousand million units), CDs still accounted for more than 500 million units sold. With a market share of less than 0.2%, the vinyl LP qualified as a niche item.

But around 2008, something unexpected happened: sales of vinyl records began to climb. According to data complied by Statista, for every year since then, vinyl record sales have increased anywhere from 21% (2010-2011) to 51% (2013-2014). In 2019, nearly 19 million vinyl records were sold in the U.S. While not completely moribund, CD sales for that year dropped to 46.6 million units. (And because the retail price of records today is sometimes higher than CDs, the RIAA reports that annual revenue from records actually surpassed that of compact discs in 2019.) 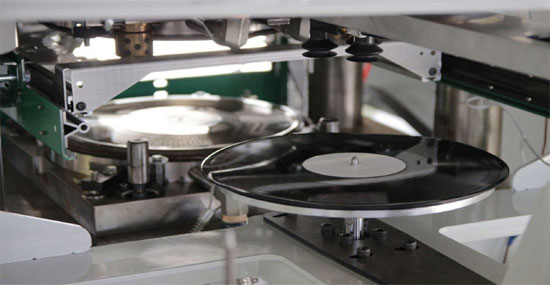 Visit the merch table at most any live concert and you’re more likely to find records than CDs. Major labels like Sony got back into the business of pressing vinyl, and independent operations like Jack White’s Detroit-based Third Man Records opened. But the groundswell of interest has brought problems for both recording artists and the industry. The ability to press records to meet demand remains limited: As of 2020, a vinyl-pressing-plants.com directory lists only 30 vinyl pressing plants in the U.S. That’s a 50% increase in the number of facilities since 2014, but some of these are extremely small facilities; few are as large as the operations that flourished during the peak of the album era.

And that lack of infrastructure can easily lead to a production bottleneck. If an artist decides to release a vinyl version of his or her latest album, a significant delay may ensue. That means either holding off release of digital and CD versions until the LPs are ready, or releasing the vinyl version weeks (or even months) after the other formats.

For many artists, both options are unacceptable. “You’re missing a big opportunity,” says Gar Ragland, founder and CEO of of Citizen Vinyl. “And that’s why we’re in business, because there’s a need in the industry for more capacity.” Located in an historic art nouveau building in downtown Asheville, North Carolina, Citizen Vinyl is more than just a record pressing plant; it’s designed to serve as a cultural hub, open and welcoming to the public. Launched in September, the spacious, state-of-the-art facility includes a vinyl mastering suite, a recording studio, a performance stage, a restaurant, a full service bar, a DJ booth and a record store.

Ragland may be new to the record pressing business, but he’s a well established figure in the music industry. A native North Carolinian, he’s a seasoned musician, recording engineer and producer. He’s also president of NewSong Music, an organization that holds the annual NewSong Music Performance & Songwriting Competition, now in its 19th year.

As head of the associated record label, NewSong Recordings, Ragland says that in recent years he has “experienced firsthand some of the frustrations of being a customer in need of vinyl services, including the unacceptably long times to get your vinyl: 10 to 15 weeks, sometimes.”

But Ragland’s frustration was accompanied by the sense of opportunity beckoning. He attended the first Making Vinyl conference in Detroit in 2017. Part of that event’s program included a tour of Third Man Records. “Jack White gave us a VIP tour of the facility,” he says. “It’s in this really cool mid-century automotive manufacturing building in his old high school neighborhood.”

The minute Ragland stepped inside Third Man’s vinyl pressing facility, his vision for a new venture expanded significantly. “I thought, ‘this concept would do really well in Asheville,’” he recalls. “Because [White also] has a record store. He’s got cool merchandise. He’s got a stage for in-store performances, and a dozen presses.” Third Man presses its own label product, but its capacity affords the ability to help other labels meet their ever-increasing demands as well. 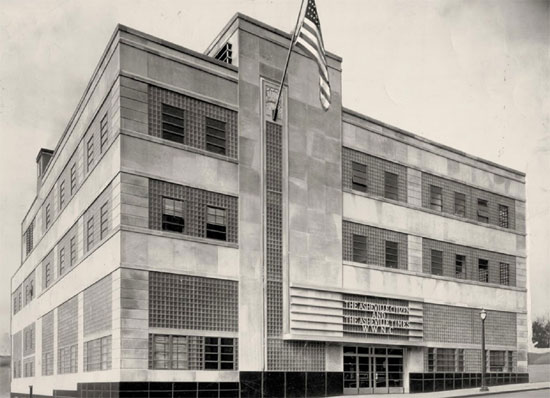 “I’m not a hardcore vinyl enthusiast,” Ragland emphasizes. “I’m not a purist by any means.” While he expresses an affinity for the vinyl format, his primary reason for launching Citizen Vinyl is straightforward. “I saw it as a business opportunity,” he says.

Still, he says that the pleasure he derives from working with the team he assembled for Citizen Vinyl is a primary motivator for the project. Manufacturing is overseen by VP of Operations Peter Schaper, who held a similar role at now-shuttered CD production facility Sonopress in nearby Weaverville, N.C. “Peter is a mechatronics engineer,” Ragland notes. “He is on the board of UNC Asheville’s engineering department. The guy has a number of patents! The fact that we were able to sell him on joining our team and being our first employee, that energizes me,” he enthuses.

Citizen Vinyl’s initial production capacity is about 250,000 units a year, but Ragland notes that the potential for expansion is built into his business model. “We have negotiated rights of first refusal to 6,000 square feet of additional manufacturing space [in this building],” he notes. And the range of potential clients is quite wide. In addition to pressing LPs released by NewSong Recordings, the plant is able to service orders from independent and major labels. “We will entertain as large an order as they’re comfortable giving us,” Ragland says with a smile.