Crime and Spy Jazz on Screen: A Conversation with Derrick Bang (Part 2) 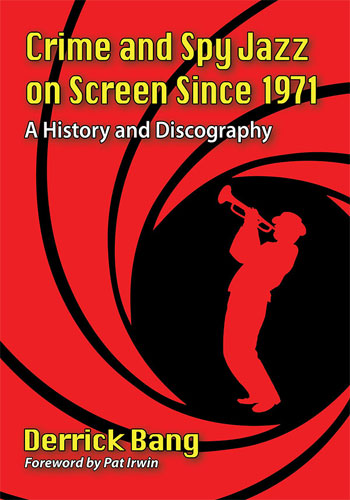 Bill Kopp: I think it’s interesting the number of times in the books when you end discussion of a given film and its music from, say, the ‘70s by saying, “A soundtrack finally appeared in 2006,” or something. It only came out many many years after you’d think that even the most residual interest in anything to do with a given film might have dwindled away to nothing.

Derrick Bang: To a great degree, that’s a reflection of the fact that until niche marketing became more common in the late ‘90s, the major record companies simply had no interest in releasing soundtracks unless the movies were incredibly popular.

There was this brief period in the ‘60s, where a solid TV show like Mission: Impossible or Mannix or I Spy or The Man from U.N.C.L.E. could generate soundtrack albums because they were such hot properties at the moment. But that window was fleeting. And by the time we hit the ‘70s, getting an instrumental soundtrack album for a TV show was almost non-existent.

It seems, that when it came to doing work for the music on screen, composers, and especially musicians – as you note so many times – had few compunctions about crossing back and forth between film and television. You note who the players were on these recordings, and I thinking, “So that’s what they were doing between tours and albums and playing on each other’s records: They were doing soundtrack work.” Lots and lots of big names.

Absolutely. As far as a musician was concerned, a gig was a gig. They didn’t discriminate. They didn’t care. This is the downside of the observation you just made, but in great part nobody knew who they were anyway. It’s not as if you watching at home had any idea who was on second trumpet in a particular combo.

Motion pictures and television went through phases: the action detective era, blaxploitation, spy films and so forth. The Golden Era of jazz in film seemed to be roughly the ‘50s through Shaft. From my perspective, after that it seemed to drop off precipitously. Is that your sense as well, and if so, what were the contributing factors?

There were a few factors. First of all, music goes through phases to begin with. And even as early as the mid to late 1960s, the influence of “demon rock and roll” had begun to take hold. (I say that facetiously, of course.) But post Easy Rider, in a lot of cases, film producers would turn around and say, “Oh, okay: This is the trend.” And naturally jazz musicians were looking at each other very uneasily at about this point in time. But it wasn’t pervasive yet, because for the first decade or so, rock and roll scores were only associated with rock and roll style movies, youth-oriented films. It wasn’t until the late ‘70s and early ‘80s that pop oriented scores became more prevalent in just about any type of show. There were a few breakpoints; Miami Vice was one of them. All of a sudden, the showrunners, the producers, the networks thought, “We don’t have to pay an orchestra or a combo to write music. All we have to do is gather up a bunch of songs. And if we’re lucky, we’ll get acts on the way up, who love the exposure and aren’t going to charge us a lot of money to use their material.” So that led to the proliferation of what came to be known as jukebox scores. That was number one. 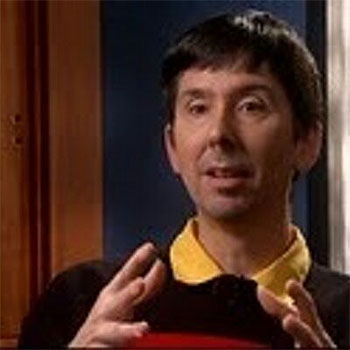 Number two, synthesizers came in. I didn’t discuss this film, but it’s a noteworthy example: John Carpenter’s score for Halloween is so effective, and it’s just him on that keyboard. And, again, the producers and studios turned around and said, “We don’t have to pay an orchestra or a combo to deliver the music. All we have to do is sit one guy in front of a keyboard, and we’ve got a score!” There are exceptions, but I find most synth scores to be monotonous, dull, and repetitious. And certainly not listenable as an isolated listening experience on an album later, devoid from the film they support. I defy a casual listener to hear extracts of 9 out of 10 synth scores and immediately be reminded of the movie from which it sprang. [Think of] the reaction you get when you hear the first couple of notes from Lalo Schifrin’s Mission: Impossible score, or Henry Mancini’s Pink Panther score, or Isaac Hayes’ score for Shaft. You are immediately transported back to that film or TV show.

And then number three – and this didn’t happen until the late ‘90s – the final nail in the coffin as it happened, and this is where money truly became the root of all evil. The growing percentage of commercials for network television hour got so bad that showrunners and writers simply were not willing to sacrifice 30 seconds or 45 seconds or 60 seconds for a title credit sequence. Which is why on so many shows, particularly on network today, the credits start over the action. You’re in the first act and the credits simply appear at the bottom of the screen, usually one or two names at a time. There is no title credit sequence. And if there’s no title credit sequence, by definition, there’s no theme. I sympathize with the writers. Back in the day, you would have 52, 53 minutes to tell a story. Now you’re lucky if you get 45.

Modern television viewers are being robbed of that magical moment where you’re standing in the kitchen, and you hear the first notes of Richard Markowitz’s title theme for Wild Wild West, and you rush back into the living room because you love watching that animated sequence that is so cool. And all these little mini movies immediately get you charged and ready for the show that you’re about to watch. It’s an experience that you don’t get any more.

There was that Golden Era that had great artists doing really lasting work: Johnny Williams – I thought was funny, because I didn’t realize that he went by Johnny early on – Schifrin, Quincy Jones, John Barry, and so forth. Is there anyone working today who stands to create a body of work that would even have a chance at gaining them a place on a list alongside those names?

If we’re talking about film and TV scores, the answer’s no. Not because there’s any lack of talent, but because the opportunities don’t exist. There’s no work in that particular neighborhood anymore for any number of reasons. I mean, on top of everything else, I suppose the fourth reason to my earlier answer is that right now, jazz just isn’t really in favor as an option for typical film and TV scores. And that’s a pendulum swing. I am confident – God willing and the meteor doesn’t strike – that I will live long enough to see it swing back again.

Don’t forget to check out the companion playlists created to accompany this interview: