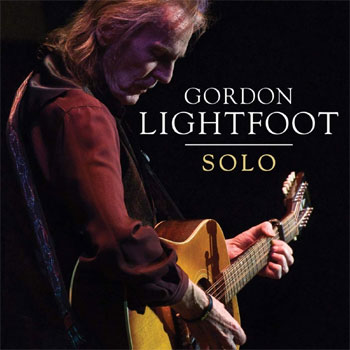 Things took off from there. His long string of hits would include many highlights, including “Sundown” and “Carefree Highway,” both from 1974’s Sundown LP, and the haunting “The Wreck of the Edmund Fitzgerald” from Summertime Dream in 1975. Canada’s Juno Awards – that country’s equivalent to the Grammys – are a tangible testament Lightfoot’s beloved status in his home country. He was named Best Folk Singer nine out of 13 consecutive years, Best Male Vocalist five times between 1967 and ‘73, and Composer of the Year twice.

Lightfoot has also earned five Grammy nominations and four ASCAP songwriting awards, and he was inducted into the Canadian Music Hall of Fame in 1986. More recently, a 2019 documentary film Gordon Lightfoot: If You Could Read My Mind chronicled his life and career.

The Tour That Isn’t
Many songwriters frame their music and lyrics as self-expression; for them, music is primarily about getting across the things that they’re thinking and feeling. For others, music is a means of forming a bond with their audience. Gordon Lightfoot is squarely in the latter camp. “I really enjoy the connection and the communication,” he says.

When we spoke in mid-March, Lightfoot was looking forward to adding a selection of songs from Solo to his scheduled concert dates. But he seems intent on not tinkering too much with a successful formula. “I’m going to do a couple of them,” he says. “Three, or something. We have a very strong show, and we’re not going to mess with it. If I start to fit [the Solo songs] in – which I will – we’re going to have to lose some stuff, because everything gets done in a time frame.”

After decades playing to audiences, the man knows what they want to hear, and how they want to hear it. “This is not a solo tour,” he says. “You need to get all this stuff packed into it, into the right length of time for people to sit and listen to you. We’re lucky they’re there in the first place.”

While Lightfoot’s an exemplar of the sensitive singer-songwriter model, he also recognizes that he’s an entertainer. “Basically, we do what we do; that’s what the people want,” he says. “There are a certain number of tunes that we’re doing every night, and the rest are in their own orbit around that.” But even working within those parameters, he and his band don’t churn out the same set every tour, every night. “It changes,” he says. “I have to think about that each time: ‘Well, what did we do last time?’ We keep track of all that, too.”

As much as he’s proud of the Solo album, Gordon Lightfoot is pleased to be fronting a band when he performs. “I’ve always had a band, and I’ve still got a band, a five-piece band,’ he says with audible pride. “And we put out a heck of a big sound. We play in concert halls and casinos, and sometimes in sports complexes and at festivals. You know, I’ve been around for a long time in this business. In 59 years, I’ve covered some ground.”

And while his “80 Years Strong” tour is on hold for the time being, it seems quite likely that as soon as he’s able Gordon Lightfoot will be back onstage. “I really enjoy the work,” he says. “I love the sound. I like staying prepared, and I like being ready to play.”