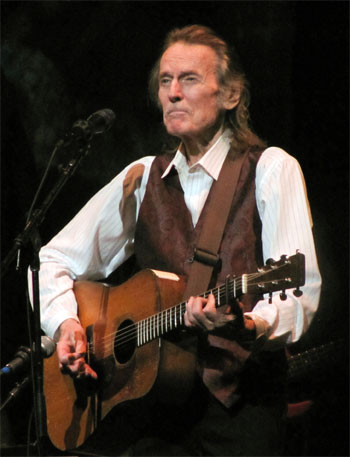 When Gordon Lightfoot soared to the top of the U.S. singles charts with 1970’s “If You Could Read My Mind,” most listeners considered him a new artist. But the Ontario-born singer-songwriter was a seasoned veteran of the music scene. Already in his 30s, Lightfoot had been releasing albums since early 1966. Sit Down Young Stranger (re-titled If You Could Read My Mind to capitalize upon the single’s runaway success) was his fifth long player.

Though he was already successful at home in Canada, Lightfoot’s breakthrough LP would signal the beginning of his career as an internationally-recognized artist. He would score eleven singles on the U.S. Adult Contemporary chart in the 1970s, and three more in the following decade. Two of his albums – Sit Down Young Stranger / If You Could Read My Mind and 1978’s Endless Wire – went Gold; Sundown (1974) and 1976’s Summertime Dream went Platinum. His 1974 best-of collection may have been titled Gord’s Gold, but sales-wise it was double Platinum. The folk-rocker was indeed a rock star.

And Gordon Lightfoot remains a persistent fixture on the touring circuit. When other artists of his age – he celebrated his 81st birthday last November – have ceased touring or at least scaled back their appearances, Lightfoot has maintained a vigorous touring schedule. Though it was stopped in its tracks by the worldwide COVID-19 pandemic, his extended “80 Years Strong” tour showcased the continued creative vitality of an artist nearing the completion of his sixth decade as a performer.

Lightfoot’s pace of releasing new albums, however, is something that has decreased. Throughout all of the 1990s he produced only two new albums. And after 2004’s Harmony, he ceased the making of new studio albums altogether for more than fifteen years. This March, he ended that quiet period with the release of Solo. As its title suggests, the new release features Gordon Lightfoot’s voice and guitar, and nothing else.

In a recent interview with Lightfoot – at which time the pandemic had begun to spread, though widespread concert tour cancellations had not yet become the norm – we discussed that new album. We also discussed the planned (and inevitably postponed) tour in support of Solo, as well as reaching back into the past to explore his early success.

Going It Alone
Asked why he allowed fifteen years to pass between album releases, Lightfoot chuckles. “Well, I don’t know,” he says. “Just the way it goes, I guess.” But what was the motivation to make a new record? “I had quite a selection of material on hand,” he explains, though he admits there wasn’t enough for a new album. “I had started to work with it, but there was never enough time, because I have an extended family, and we tour, and we do all these things.”

Everything changed when he discovered an album’s worth of long-lost (or at least long-forgotten) cache of tunes he had begun long ago. Those recordings were basic demo tapes, featuring Lightfoot on guitar and vocals; they seemed like a good starting point from which to build a new record of full-band performances. “I liked the sound of it,” Lightfoot says. “So we went ahead and worked on it. We worked on it a lot.”

Lightfoot and his production team took a tried-and-true approach, using the demo tapes as a guide or foundation for more layered arrangements. “We worked on orchestrating it for a few months,” he recalls. “We worked at rewriting some of the songs for a few months. But by the time we got done working on it, we said, ‘It sounds better the way it was, the “virgin” recordings that we did back in 1998!’”

Lightfoot looks back upon the late ‘90s – not long after the release of East of Midnight, a lushly orchestrated album that went Gold in Canada – as a time when he was at his “peak of delivery. I hadn’t had any serious health issues or anything like that,.” he says. In 2002 he faced serious illness, undergoing surgery for a ruptured abdominal aortic aneurysm. He fell into a coma for six months, and was subject to four surgeries and a tracheotomy. Requiring an extended convalescent period, he wouldn’t return to the stage until 2004.

Lightfoot eventually made a full recovery, and has maintained a busy schedule of live dates ever since. But when it came time for a new record, he realized those stripped-down recordings from more than 22 years ago represented the best of what he had to offer.

He admits that there was some motivation to make all new recordings of those songs, using his band. “We’re there to perform these days,” he says. “We’re here to tour.” While the band is very busy, had they been able to make the time for recording sessions, Lightfoot is sure the results would have been very good. “But to waste all this wonderful sounding virgin stuff required a lot of thought,” he says.