Gilbert O’Sullivan: All About the Songs (Part Two) 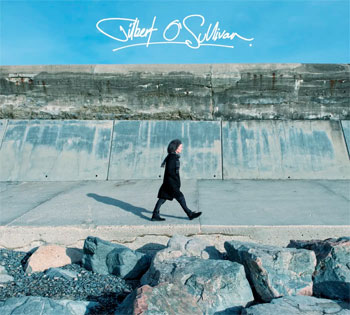 The album track “Love How You Leave Me” reminds me a little bit of Randy Newman and Van Dyke Parks. Both of them are American artists who fall into the “witty, literary, quirky” category. Do you think that label applies to you as well?

Yeah, I like playing around with words. I mean, Randy is great; I bought his very first album when it came out in ’67. I must have been one of six people who bought it!

My whole approach to songwriting stems from a Brill Building mentality that I’ve had and continue to have: clock in at 9 o’clock and leave at 5, and see what you’ve done. If you haven’t come up with a melody, [at least] you’ve practiced, so it’s not a waste of time. I’ve been heavily influenced by the likes of Randy Newman, [Gerry] Goffin and [Carole] King, [Neil] Sedaka, Neil Diamond, all those kinds of people. As I have by [Burt] Bacharach and [Hal] David, Harry Nilsson, then going right back to Jerome Kern, Richard Rodgers, Lorenz Hart. That’s where everything about songwriting comes from; that’s how you learn your craft.

What I don’t want to happen is … for example, take Paul Simon. Paul Simon is a brilliant songwriter. And he continues to be a great lyricist. If you buy Paul’s latest album, it’s a great band, and the production sounds great, the musicians are fantastic. But there’s a melody lacking somewhat, I think, if you compare current Paul Simon to early Paul Simon. So, I work really, really hard on the melody front of it.

It was 30 years ago that you won a lawsuit against Biz Markie for unauthorized sampling of your biggest hit, “Alone Again (Naturally).” From a creative perspective, what did you think of the matter in which your work was re-purposed?

Well, I mean, I own the rights to my songs, so I protect every song. “Alone Again” is the one song I’ve published that I have an agreement which they’re not allowed to use for any comedy. I take it very seriously looking after it. And so, the Biz Markie thing, they asked if they could use it, and I didn’t know who he was. And so, like anything to begin with, we said, “Well, let’s see what it is you want to do, and we’ll review it.” And I didn’t like what he wanted to do with it. So we said no.

But that didn’t stop him from putting it out. That’s why I had to go to court. That’s the reason. All he had to do was just apologize and take it off the market, but he didn’t. And the sad irony for me is that I’m the one who had to go to court and spend hundreds of thousands of pounds to sue him. He didn’t even have to bother to go into court; he wasn’t even there.

But I suppose the good thing that came out of it – apart from that I did win it, and of course I should have done – is the fact that it set a precedent for sampling. And so for the first time there’s a legal precedent for the future. So, it helped and helps people from then on if their work is being sampled.

You were born in Ireland but moved to England when you were seven. Do you think there’s any lingering Irish character in your music?

We moved because in those days the grass was greener on the other side. My father was a butcher, and the work opportunities in England were better than at home.

So all my musical background stems from growing up in England, in Swindon. I’ve actually looked for an Irish link, but I haven’t been able to find one. I’ve listened to the Clancy Brothers and all the rest of them, but the connection for me is just popular music, which I grew up listening to in England, and that’s where all music stems from in my background.

Swindon … when someone mentions Swindon and music, people maybe think of you and XTC. That’s about it.

And Rick Davies! Rick and I were in a band called Rick’s Blues. Rick Davies is a fantastic musician. He taught me to play blues piano. He’s just a wonderful musician. We got together and we were quite a serious band. Rick on keyboard, me on drums. We recorded a couple demos of my songs in the studio in London, Rick and I doing a duet. And we could have actually turned professional, but I think the bass player and the guitar player were on apprenticeships so they didn’t want to risk it. So, therefore that meant that Rick needed to be in a band and I could be on my own. So that’s why Rick went off to form a band which ended up becoming Supertramp.

My relationship with Rick was all about music. He’s a fantastic musician. He’s one of those rare musicians who can play. Big influence for me on the musician side. As I say, teaching me to play blues piano was very important in those days.

Where do the ideas for your songs come from?

Well, just the love of it. I started way back, sort of in the middle ’60s. My first songs would be copying somebody else’s melody. And then the first real song I wrote was a song called “Ready Me Steady,” which I actually do, occasionally, on stage. Just a great little rock song.

Paul McCartney and Bob Dylan were huge influences for me, and that period in the ’60s the songs were just coming out of the radio ten-a-penny; it was wonderful. It’s all about the songs with me, and I’ve never lost the enthusiasm. It’s not rocket science. I sit at a piano and I search for a melody, and if I come up with a good melody, I stick it in a trunk. Because a good melody will survive any length of time. I never finish a lyric until I know it’s going to be recorded.

One more quick question. When you’re at home around friends and family, they don’t call you Gilbert, do they?

No, Ray. Raymond O’Sullivan is my real name. But they can call me Gilbert if they want to!

Note: a March 20 post on O’Sullivan’s official Facebook page confirmed the inevitable: “Due to the circumstances surrounding us all, Gilbert O’Sullivan’s USA and U.K. tour dates in 2020 have been cancelled. They will be rescheduled in the next few weeks for 2021.”