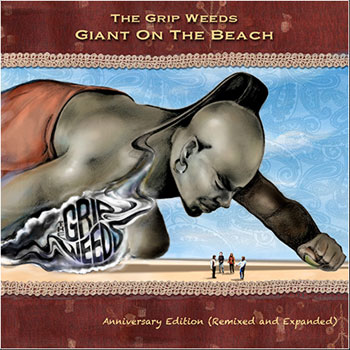 Without delving too deeply into the semantics of the phrase, defining power pop can be a daunting proposition. There are some fine if a tad lightweight acts whose music gets the power pop tag. But if one goes back to some of its earliest uses – namely when Pete Townshend may or may not have coined the phrase – one gets to the heart of power pop at its best … and rocking-est. Artists who’ve earned the right to be mentioned in that context include The Who (circa Sell Out, anyway), Smithereens, Cheap Trick and The Grip Weeds.

The New Jersey quartet has been at its game for many years now; hallmarks of the band’s sound include crunchy, indelible riffs, a thundering, energetic rhythm section, and top-flight vocal harmonies.

I’ve known of the band for many years now, though I will admit that I knew of them long before I actually heard their music. My first full-bore exposure to the Grip Weeds was around the time of the reissuing of their first full-length. In 2007 they released House of Vibe Revisited, an expanded, revised and remixed repackaging of the 1994 House of Vibes album. I was hooked, and have followed them faithfully ever since.

Now in 2020 the band is giving a similar treatment to another item from its catalog. Originally released in 2004, Giant on the Beach was the sound of a band that had found its way, developed a signature sound and applied ongoing creativity to its approach. In other words, it was equal parts fresh-and-new and consistency with the musical values that earned it a following. It’s The Grip Weeds at the top of their game.

The new release comes in two parts. The first is the original album plus two bonus tracks. It’s a highly polished, consistently engaging set of songs that showcase the variety of textures The Grip Weeds can offer. There are plenty of driving rockers, but there’s also the Beatlesque (I use that phrase advisedly) “Give Me Some of Your Ways,” a song that has the same qualities as the more acoustic-leaning Rubber Soul era tracks. And “I Believe” is equal parts Revolver-style rock and 90s alternapop. And those creamy harmonies from Kurt Reil, Kristin Pinell and Rick Reil! And Kurt’s Moonish drumming! 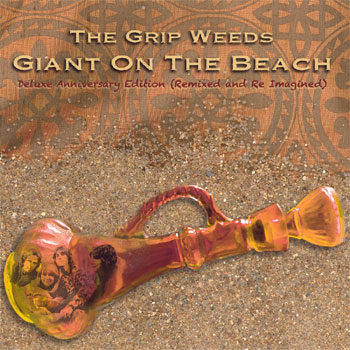 This is a band that knows how to write a catchy riff, and then build a solid song around it. And the second part of this expanded reissue only reinforces that notion. The Deluxe Anniversary Edition is filled with demos, rehearsal takes, live versions, alternate mixes and the like. But don’t let that description leave you thinking that it’s in any way inferior to its companion disc. The Grip Weeds have never been a hard-touring act, so any live recordings are always welcome (do check out their live set from not so long ago, by the way).

As carefully-crafted as The Grip Weeds’ studio releases are, hearing them pull the songs off in a live (or even live-in-studio) context underscores just how truly wonderful the band is. There’s a subtlety that comes from the slightly simpler arrangements.

If you’re someone who laps up everything The Grip Weeds put out, you’ll get this. Perhaps you’ve already done so. But if you only own one of two of their albums, or if you’ve heard a bit of their music and are looking for a suitable entry point into their catalog, Giant on the Beach: Deluxe Anniversary Edition is a fine place to start.