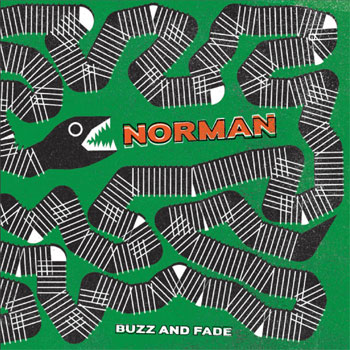 Had it not been for Don Valentine personally contacting me to inquire if I was familiar with it, the existence of Norman’s Buzz and Fade might have slipped completely by me, escaping my notice. So a hearty, heartfelt thanks to the man at I Don’t Hear a Single for hipping me to a superb release.

Buzz and Fade doesn’t fit neatly into any particular rock subgenre. The energy level is commensurate with the best of powerpop, but the songs are a bit too finely textured to wear that tag. There’s a subtly shoegaze aura to tracks like the opening track “Crystal Memory,” but the band’s sound is too immersed in melody to qualify as shoegaze; in that regard they’re not unlike Teenage Fanclub. But wait: they don’t really sound a bit like TFC.

It’s almost as if this Portland, Oregon quintet set out to confound musical pundits, instead focusing on creating a record full of melody, punch, hooks and other qualities that come together seamlessly to make an excellent album.

Most every song is built around a signature riff, and a hint of melancholy pokes through as well. The midtempo “The World and You” reminds me of Neil Finn’s writing for Crowded House, but – yet again – Norman doesn’t sound even a bit like the Crowdies.

In fact I can’t recall the last time I heard a rock album that didn’t betray the strong influence of another act. But that’s precisely the situation in which I find myself as Buzz and Fade spins. The group doesn’t seem to want listeners to know much about it, other than the fact that nearly all the music and lyrics are by one Eric Nordby (who, we shall assume, is the lead singer as well). And the album doesn’t indicate who does what. A black-and-white photograph occupies the whole of the gatefold LP jacket’s inner sleeve, but the shot shows a rehearsal space devoid of humans; the guitar and bass float in the air, empty space occupying the areas in which the musicians would occupy.

All of which serves to direct our attention back where, ultimately, it truly belongs: the songs themselves. “Bindmender” has an indelible signature lick – a few of ’em, in fact, played on guitar and keyboards – and the lead vocal is placed into the mix as opposed to out front; in these ways, the song is a fine exemplar of what’s happening throughout Buzz and Fade. But even though there’s a kind of musical standard set, none of the tunes sounds much like any other. There’s just enough sonic similarity to make it clear that Buzz and Fade is the work of one band. But beyond that, it’s a varied set of songs.

Fans of catchy midtempo rock that isn’t overly concerned with spotlighting its own cleverness will find a great deal to treasure within the grooves of what my friend Don tells me is the band’s fourth album. I’m always pleased when I discover an artist I really like, only to find that a back catalog awaits discovery. That’s the case for me where Norman and Buzz and Fade are concerned. Give it a spin and I won’t be surprised if you find yourself in similar circumstances.

P.S. Oh, look: here’s a photo of the band. Norman’s publicists – a very good firm which whom I’m well acquainted – provides it, but the accompanying copy is consistent in its refusal to tell us anything about the group. Norman’s blog? Same. Once again – happily, I should add – we return to the music. As should you. 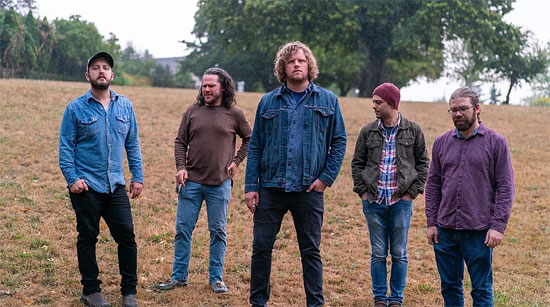