As 2019 heads toward its end, there’s time for one more house-cleaning set of quick reviews. Here’s a look at notable new releases in jazz, blues rock and even country. 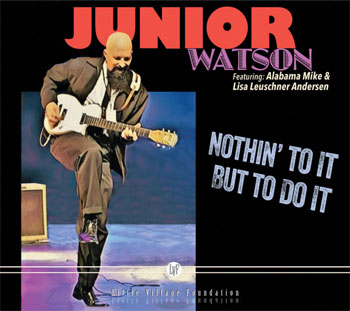 Junior Watson – Nothin’ to it But to Do it
Let’s not hold it against the artist that the cover art for this album is dashed-off dreadful. Instead let’s focus on the music. Jump blues and swing with sixties combo organ is admittedly an odd combination. But wow, does it work. Even though this is nominally a guitarist’s album, it’s a full two minutes before he shows up on the first song. It’s worth the wait. Sax Gordon is all over this recording, with countless overdubs. Watson is confident enough to share the spotlight generously. But when he wails on six strings, you’ll know it. Fun from start to finish. 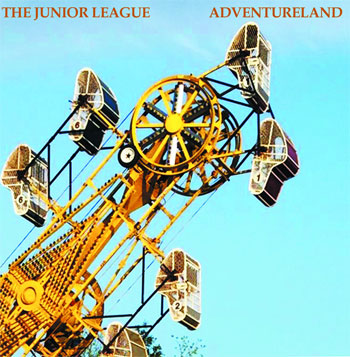 The Junior League – Adventureland
I named the Junior League’s 2015 release “Also Rans” as one of that year’s best albums. This album hits the sweet spot as well. The production aesthetic is a bit faraway and muddy, but that doesn’t detract from enjoyment of the music. The opening track, “Heavy” has a nice balance of jangle and crunch. Joe Adragna is the JL, with a spot of help here and there from friends. What I identified as similarity to R.E.M. on the previous record isn’t readily evident here. He writes songs with an air of warm familiarity to them, yet he rarely sounds derivative. 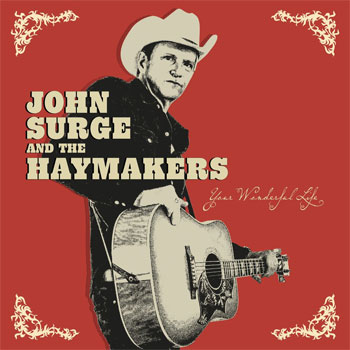 John Surge and the Haymakers – Your Wonderful Life
It’s exceedingly rare for a straight-ahead country album to get coverage here. But Surge is a damn fine player, singer and songwriter. He stays true to twang values, but he also writes the kind of songs that could easily be recast successfully in other styles. Super-tuneful songs and arrangement that suggests the musicians have known each other a long time are the hallmarks of this album. Lead guitarist Randy Volin adds sonorous, memorable licks to Surge’s original songs. Not quite as energetic as Jason and the Scorchers, but in that style. Fans of Ringenberger, Junior Brown etc. must hear this. 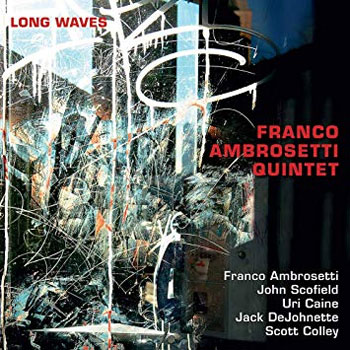 Franco Ambrosetti Quintet – Long Waves
Ambrosetti is a trumpeter from Switzerland. This subtle and refine set should appeal to listeners who enjoy Kind of Blue-era Miles Davis. There’s a sophisticated and crystalline aesthetic at work, and the interplay between the five musicians (including the mighty Jack DeJohnette on drums and John Scofield on guitar!) is a thing of beauty. Ambrosetti can play in understated fashion one moment, and full of playful passion the next. Many artists feel the need to venture outside the jazz idiom. That’s well and good. Ambrosetti stays put, demonstrating that he has plenty to offer within the framework of tasty jazz. 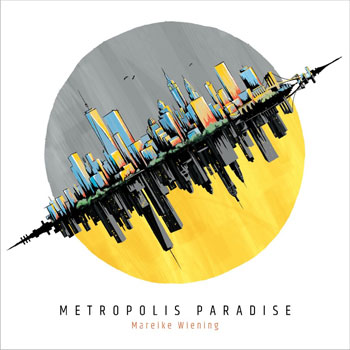 Mareike Wiening – Metropolis Paradise
Wiening is a drummer originally from Nuremberg, Germany. Here she leads a quintet featuring tenor sax, upright bass, drums and piano. The album’s eight pieces are all her original compositions; the showcase a keen understanding of melody, and they’re not drummer-out-front pieces, either. Wiening’s background in piano gives her a grounding and full understanding of each instrument’s capabilities, and her composing style applies that knowledge. Much of Metropolis Paradise is understated, but there’s an undercurrent of power and energy. Wiening’s cosmopolitan background shines through in these sophisticated yet accessible tunes. Closer “Free at Last” is the set’s most ambitious work. 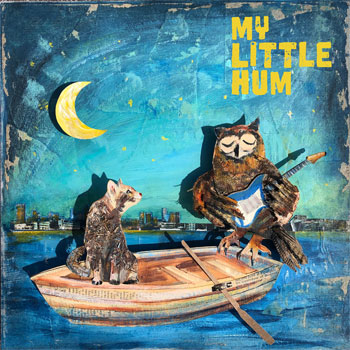 My Little Hum – Pioneer
Unless I’ve missed something, this is the first release from the wife-and-husband due of Yuri and Dan Jewett since 2017’s Remembering Houses. The music here is every bit as delightful as the fetching cover artwork. Yuri’s alluring voice has just the right mix of sweetness, sass and come-hither character, and she and Dan back it up with catchy yet intricate musical arrangements. Label head Allen Clapp helps out on keys a bit, and other names familiar to devotees of Mystery Lawn Music family of artists show up too. If there’s a secret weapon here, it’s Dan Jewett’s ultra-melodic bass guitar. 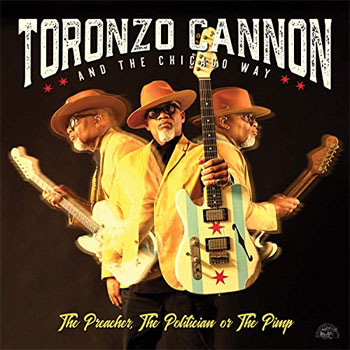 Toronzo Cannon – The Preacher, The Politician or the Pimp
Even in 2019, the Alligator label represents a trademark of quality. Even if you don’t know the artist, you can assume it’s worth checking out. Cannon is a fiery singer and stinging lead guitarist. Rocking blues is his stock in trade, and his band cooks as they back him inn a dozen original tunes. Cannon’s a songwriter: his songs are much more than mere vehicles for solo fireworks. But oh, those solos – they come fast and furious all through the record. There’s a ’70s funk-soul vibe on the title track, one that owes a debt to Curtis Mayfield. Brilliant. 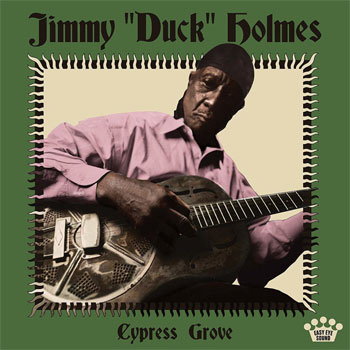 Jimmy “Duck” Holmes – Cypress Grove
I remember how excited I was to learn about Leo “Bud” Welch, the septuagenarian blues/gospel artist. Just when we thought that all of the authentic old-school blues men were gone, there he was. Bud’s gone now, but Jimmy “Duck” Holmes is here. An exponent of what’s known as Bentonia blues, he’s the real deal. Black Keys’ Dan Auerbach has been developing a reputation as a kind of modern-day Alan Lomax; he produces Cypress Grove with loving care. There’s a hypnotic feel to these spare, simple songs that will draw the listener in and hold them close. You must hear this. 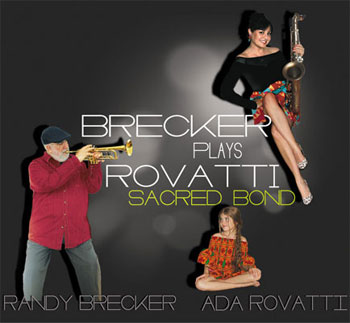 Randy Brecker & Ada Rovatti – Brecker Plays Rovatti: Sacred Bond
Simply seeing Randy Brecker’s name on an album is enough to get my attention. He’s the epitome of taste and catchy playing and arrangement, and he always steers clear of generic jazz. This album is a collaboration with his spouse, saxophonist Ada Rovatti, who wrote all of the album’s ten tunes. Rovatti has an uptown feel that conjures mental pictures of a bustling late-night cityscape. These tunes make the listener close their eyes and nod gently in time with the music. It’s all good, but the best track here might be “Reverence,” a soulful tribute to the late Aretha Franklin. 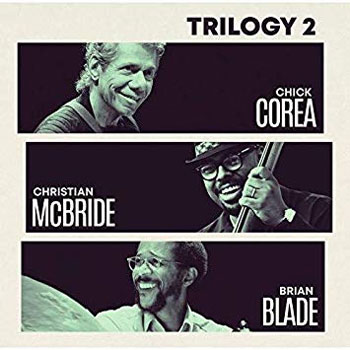 Chick Corea, Christian McBride, Brian Blade – Trilogy 2
As I learned some time ago – and had reinforced when I interviewed him earlier this year – Chick Corea’s musical vision is far too expansive for one project. Or five, for that matter; the guy has more bands than I can count. And this is one of ’em. Working as a trio with bassist Christian McBride and drummer Brain Blade, Corea delivers a live set (recording in front of an audience in Bologna, Italy) that mixes originals with classics like a faithful yet inventive reading of Thelonious Monk’s “Crepuscule with Nellie.” Chick plays those “wrong” notes just right. Delightful.